Cover of THE WEEK Captures It

The cover of THE WEEK (www.THEWEEK.com) captures my sentiments pictorially of what the January 10, 2010 edition of The Critical Thinker is alluding to(see http://thereadingcircleblog.blogspot.com/2010/01/did-underwear-bomber-take-off-his-shoes.html). 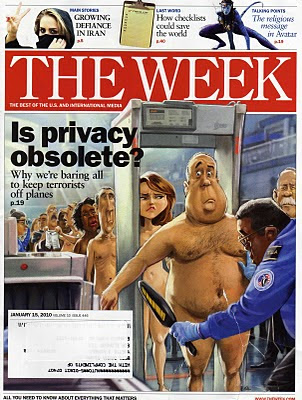 If I didn't Think Rush Limbaugh Was An Idiot Before; I Do Now!

Abraham Lincoln said it best when he said "It is better to remain silent and be thought a fool than to open one's mouth and remove all doubt." Rush Limbaugh removes all doubt and proves Mr. Lincoln right every day.

Seeing that El Rushbo just returned from Hawaii (where he suffered what was at first thought to be a heart attack) it's too bad Mr. Excellence in Broadcasting (EIB) wasn't in Haiti when the quake hit. If he were trapped in Haiti, it would be real interesting to see if he thought aid being sent there was political. Let the record show that Rush Limbaugh is a horse's derriere. I apologize to the horse.
Posted by Marc A. Medley at 4:02 PM No comments:

Did The Underwear Bomber Take Off His Shoes Upon Checking In for His Flight? 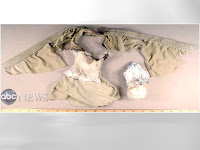 Did the Underwear Bomber take off his shoes upon checking in for his flight? That’s something to critically think about. After the Shoe Bomber we were all then required to remove our shoes before being allowed on an airplane. The Shampoo or Plastic Bottle Bomber caused us to all to have six ounces or less of our toiletries and cosmetics and now we have the Underwear Bomber. Will we be removing our underwear before being able to board a flight? Darned close now that they are talking about full body scanners. This is one time I actually have to agree with talk show host Mark Levin. He says that the average ordinary citizen is being tortured for the actions of a few and does not support full body scanning. I have to agree. Will we have to strip naked before we can get on an airplane?

It really is getting ridiculous and I can’t imagine too many people actually wanting to fly these days; not to mention having to pay for your luggage. I love the SouthWest Airline ad where the guy says, “I’ll send my bags on vacation and I’ll stay home.” As much as I love to fly, the bulk of my flying will be done with Microsoft’s Flight Simulator X. I just cannot be bothered with taking off my shoes and clothes while my clothing in my luggage is being fondled by security agents all in the name of keeping me safe when in actuality a terrorist is going to strike when he/she good and darn well pleases. Homeland Security is a farce. When the inventor of the full body scanner was asked would that process detect a detonation device that had been swallowed by someone, he answered no. So guess what, we implement full body scans, the terrorists swallow the detonation device, get on the plane and blow it to smithereens. Think about it, terrorists don’t care about suicide bombing anyway, so swallowing a detonator would not faze them. For every so called security measure we put in place, the terrorist figures how to get around it. We remove our shoes; they put the bomb in their underwear. Let’s get real.

One reason terrorists are always one step ahead of us is our seemingly incessant need to broadcast everything we do or are thinking about doing in the media. I am watching the news the other night and there was a segment called Where America Stands and the piece was entitled U.S. Military Goes Hi-Tech in 21st Century. It was a report about a huge Hollywood style military simulator in Virginia that is designed to make a seamless transition from a soldier’s last day here in the United States to his/her first day on the ground in Iraq or Afghanistan. The report showed the facility and even showed some of the simulators and the exercises. It’s amazing how many of our strategies and tactics we give away to the enemy on the evening news. Did you hear anything about the Underwear Bomber’s plans broadcast on the Taliban or Al Qaeda evening news? Exactly. Al Qaeda and the Taliban are not broadcasting their training and techniques to us.

While we are fiddling; Rome is burning and the terrorists are planning. We have become paranoid. Twice this week F-16 fighter jets were dispatched to escort commercial airliners to airports because of “belligerent or “unruly” passengers. Another talk show host Mark Simone said it best concerning the young man who ran under the rope to get “one last kiss” from his girlfriend before she boarded the plane. Mr. Simone jokes that maybe we ought to start screening to see if the passenger is single or a long term veteran married couple. He goes on to say that he would bet the husband in that marriage of some years would not be running under the rope to get one last kiss from his wife and in fact would be glad to see her go. As he said this, I as we would say in text language LMAO. The more torture that is placed upon fliers, the less fliers the airline industry is going to have. Each time something like this happens the airline industry takes a hit. You think they are charging for bags now............just wait.

Lastly before this critical thinker leaves this submission, I will leave this question with you. Did it ever occur to anyone that the bombing of a jet just might be a distraction or a decoy and the planes aren’t really the targets after all? Until the next time. I welcome your thoughts in the comment section.
Posted by Marc A. Medley at 6:00 PM No comments: 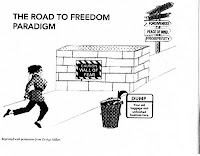 The truth of the matter is, none of know what the year before us beholds. Who would have "thunk" Michael Jackson would have not made it out of 2009 alive. I remember vividly sitting in my dentist's chair on June 25, 2009 when a friend who is a writer for WPIX's News at 10 texted me that Michael Jackson had died. I actually had the news before the major news networks released the info. I started texting people who read their phones in disbelief. Closer to home, a close personal friend who was a young mother of two, born in March of 1963, who I had seen a few weeks before her death, passed in October of 2009. When we last met she shared how it was ironic how she was the one who was sick as she was very health conscious and was always on her husband and children about eating healthy and exercising. Who would have thought that she would be gone before the year ended.

I watched as the famous and the not so famous; some I was related to and others who I had just seen in passing; the old and the not so old transition from mortality to immortality; all unexpectedly. I say all of this to say that we must appreciate and be thankful for each and every minute that we are allowed to be alive. Think about it, ten years have gone by already. I remember clearly the Y2K scare, when everyone thought the world was going to come to an end in year 2000 because all of the computers would stop working due to a glitch concerning the numbers in 2000.

As the picture above suggests, if we are to move forward into 2010, we must run around the wall of fear and dump our old baggage and unfinished business in the trash can of life. It is the only way that we will truly be on the road to freedom. This road includes happiness, dreams, forgiveness, peace of mind, and prosperity. It makes no sense that many of us are walking around here not talking to family members and friends over something that happened so long ago that we have forgotten why we are not speaking. Life is too short for grudges. It takes too much energy to consciously ignore someone. Trust me on this one, it's much easier to say "Hi."

So as we move into 2010, let us dump whatever is weighing us down and hindering us from running this race called life like an Olympian. I am grateful and thankful to God to see 2010. My intention is to be 100 and healthy(I've got a few more years to go); however, as God laughs at my plans,the truth be told, I don't know His and if indeed I will myself make it out of 2010. I am sure Michael Jackson and my friend Selena expected to make it out of 2009 last January 1. So with that said I am going to appreciate each moment and each of you. This critical thinker urges you all to do the same. Have a wonderfully blessed and prosperous 2010.