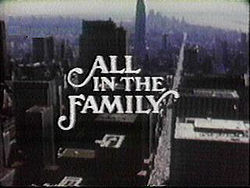 Yesterday I was watching the old 70's situation comedy (sitcom) known to us as ALL IN THE FAMILY. If you were to "Google" All In The Family, the description would read "All in the Family" is touted as the series that brought reality to prime-time TV entertainment. The lead character, Archie Bunker, is a loudmouthed, uneducated bigot who believes in every stereotype he has ever heard. His wife, Edith, is sweet but not the sharpest knife in the drawer. They and their daughter, Gloria, and her husband, Mike, all live in a working-class home. Unfortunately for Archie, he can't avoid the people he disdains: His son-in-law -- whom Archie calls "Meathead" -- is an unemployed student and of Polish descent; the Jeffersons next door are black; Edith's cousin Maude is a feminist; and, later, his partners in a local tavern are Jewish." The show was produced by Norman Lear and Bud Yorkin. 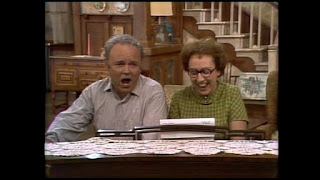 I've watched reruns of the show periodically and regardless of which episode I am watching, it never fails to get a laugh-out-loud (LOL) response from me. In my opinion, the show is funny as hell. Beyond funny, however, is the brilliance of how the reality of America at that time was symbolized through the characters of the show. The time was forty and eight years ago, in 1971. The touting of the series as the one bringing reality to prime-time television, in my opinion, is true.

As I laugh and watch episodes of All In The Family, I also analyze the scenarios enacted and the views portrayed toward the various groups, in other words, the "isms" (racism, sexism, classism, ableism, anti-semitism, ageism and heterosexism). I say the show was brilliantly put together because Archie Bunker symbolized America during that snapshot in time and I am sad to report that we seem to be reliving that era. In fact, it almost seems that we have "Archie Bunker" leading the country.

Now for my analysis.....When you look at the show, Archie always thought that he was the smartest or most intelligent person in the room. In his mind, he knew it all and was always right when the fact of the matter is, Archie was the least educated. But that did not matter because of who he was and who he represented. While as Edith is described above as not being the "sharpest knife in the drawer," she was sharper than Archie, however, the problem was she was a woman (sexism) and was always treated by Archie as his servant and verbal punching bag when in many scenes Edith was the smartest in the room. Archie's views on other races, classes, ages, and sexual preferences spoke for themselves and were clearly articulated throughout the scripts. Norman Lear and Bud Yorkin boldly pushed the envelope in days prior to political correctness. 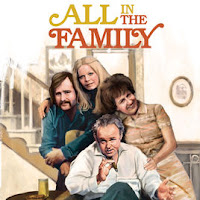 To this day, I am sure there are many who hated the show because it placed our reality, our dirty laundry full frontal in prime-time. There are those in denial of that's who we [America] were and perhaps still is as a country and then there are those who didn't see then or now absolutely anything wrong with Archie's views, opinions and actions. Remember, Archie was the smartest person in the room, loudmouthed and uneducated, but the smartest in the room, at least in his mind, nonetheless.

There is that old cliche or quote attributed to French writer Jean-Baptiste Alphonse Karr, that says "The more things change, the more they stay the same," and as I watched the two episodes yesterday where Archie was in the hospital and needed a blood transfusion and had to receive the transfusion from his African American doctor because of his [Archie's] rare blood type (AB Negative), that quote came to mind even as I laughed myself onto the floor and off of the couch.

One of President Trump's favorite words is "sad," and the events that we are witnessing as a result of all of the "ism's" (racism, sexism, classism, ableism, anti-semitism, ageism and heterosexism) that  was satirically depicted in 1971 seems to have come back with a vengeance since the electing of Barack Hussein Obama and subsequent election of Donald J. Trump and that truly is sad. Nearly fifty years later despite all of the changes, things appear to be the same.