When Are We Going To Learn That a Baby Is Not A Toy? 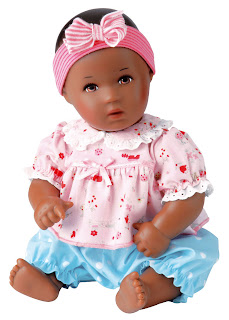 Via The Sun reports:
"ECCENTRIC Kanye West wants to call his baby by Kim Kardashian NORTH. The rapper, 35, came up with a list of potential names for the baby — due in July — but North is at the top because he thinks it sounds good with his last name."
Are we ever going to learn that a baby is not a toy? I mean North????  Really???? North West??? Something to critically think about. I welcome your comments in the commentary section of this blog. You are invited to follow The Critical Thinker on Twitter @thinkcritical01.
Posted by Marc A. Medley at 5:25 PM 3 comments:


Let me begin this post by stating right up front that there is nothing wrong with aspiring to be a basketball player in the NBA or a football player in the NFL or any other professional athlete. For most students, particularly boys, that is the low hanging fruit answer. Of course the dreams of grandeur of being rich and famous come into play, but for the most part it is a pat answer to a standard or routine question to children.

I am writing this post because I just learned that former New York Knick Ray Williams passed away from colon cancer at the relatively young age of 58. I was saddened by that because I remember watching Ray Williams when he was in the NBA. I have actually been to what was at that time Byrne Arena in East Rutherford, NJ (The Meadowlands) when Mr. Williams played for both the Knicks and the Nets. I can hear the Nets' public address announcer now saying "Raaaaay Williamssssss" as Ray's shot entered the basket.

What saddened me even more than his passing was a line from one of the media sites reporting his death. The title of the article in examiner.com was Ray Williams Dies After a Life with Basketball, Diabetes, Homelessness, Cancer and the line for me that was most chilling read "After having invested most of his life in basketball and having no educational degree or professional skill, Ray Williams struggled financially and filed for bankruptcy in 1994." This line was the impetus for this post.

To our boys and girls, there is nothing wrong with aspiring to play in the NBA, NFL, etc. etc. but you MUST get your education, an education that will lead you to and allow you to have a professional skill. At one point in Mr. Williams' career he signed a three-year, $1.5 million contract with the Nets. He had the money and the fame and yet was unable to manage it. Unfortunately this story is not just the late Ray Williams' story. In fact it happens too often.

Parents, we must continue to mandate that our children get their education no matter how athletically skilled they may be. Their education is not an option. Even if they make the NFL, NBA, etc. etc. they still will need to know how to manage their money and to one day do something productive when their playing days are over.

My condolences go out to Mrs. Williams and Ray's family and I hope this will serve as yet another lesson for our children coming up who want to be a basketball, football, baseball, soccer, etc. etc. star. Do not let it be said that you did not have your educational degree or professional skill. Something to critically think about. I welcome your feedback in the comment section of the blog and by visiting the floating "Feedback" tab on the right side of your screen. You are invited to follow The Critical Thinker on Twitter @thinkcritical01.
Posted by Marc A. Medley at 7:11 PM No comments:

I Have to Take Off My Shoes, But I Can Bring a Knife Aboard

I know I haven't posted in a while, but does this make sense to you? In order to board a plane, we have to take off our shoes,  have not only our belongings but ourselves X-rayed and groped, yet we will now be able to bring small pocket knives on board an airplane. Can't take more than three ounces of shampoo or shaving cream, but we can take a small knife. Does that make sense to you? Maybe I missed something. Maybe some of you critical thinkers out there can clue me in. I have to get barefooted, but I can take a knife. I have to be body scanned, but I can take a knife.......... As usual I welcome your thoughts in the comment section of the blog. You can follow The Critical Thinker on Twitter @thecriticalthinker01. Feel free to also post your feedback by visiting the tab alongside the right side of your screen that says "Feedback."
Posted by Marc A. Medley at 6:50 PM 2 comments: