Yes Mr. Ball A "Thank You" Was In Order 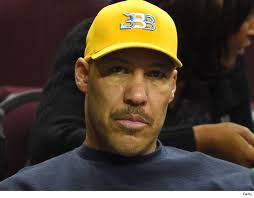 While I can be very critical of the actions of our current president, in this instance I happen to side with him. Not that I am condoning his childish responses on Twitter concerning the matter; however, I can understand where he is coming from. Truth be told, I would hope that Mr. Trump did not make the effort to free the young men from the Chinese prison just for praise, but out of truly being concerned for their well being as U.S.Citizens.

I have traveled outside of the U.S. on multiple occasions throughout the years and I am always mindful to do a little bit of research about the customs and cultures of where I'm about to travel.  I do this because the last thing that I would want to happen on my trip is to do something that is considered offensive or against that country's laws. The last I checked, stealing is wrong regardless of where you travel and shoplifting is a form of stealing.  I don't care how valuable or valueless the article(s) may be, stealing is wrong and illegal no matter what country you are in. At the end of the day, those boys had absolutely no business whatsoever of even attempting to take anything without paying for it whether they were in the U.S. or abroad. Ironically, I was just in China in July.

One would think history would have deterred those young men from even attempting to do anything out of line in a foreign country. Clearly, the names Michael Fay or Otto Warmbier meant nothing to LiAngelo Ball, Jalen Hill and Cody Riley because if they did, I doubt very seriously if they would have committed their act.  The fact that we do not know our history, pay attention to, or learn from it is a topic for another blog post so let me not digress. Back to Elder Ball saying "Thank You." In Luke 17:11-19 we read the story of how Jesus heals ten lepers and only one of them came back after he was healed to give thanks. Jesus asked, “Were not all ten cleansed? Where are the other nine? Has no one returned to give praise to God except this foreigner?” Now unlike Trump, Jesus did not go on a rant or throw a Twitter fit; however, he did ask about the other nine. If you were to read the story, you would see that all ten asked to be healed in loud voices and yet only one said thank you when their request was answered in their favor.

This is the problem I have with Mr. Ball not saying thank you to the president for whatever role he played in getting the boys out of that Chinese prison and back home. Whether it was a phone call, a text, a tweet or just the relationship that Trump has with the president of China if it played a part in getting those boys home than a thank you was indeed in order. The bottom line is, those boys could have still been sitting in that Chinese prison.  In the Michael Fay case then-president, Bill Clinton was able to get the Singaporean government to lower Fay's penalty to four lashes from six; the caning was administered on May 5, 1994.  Otto Warmbier passed away shrouded in mystery shortly after his return to the U.S. from North Korea.

Think about it, is vandalizing property in Singapore, attempted theft of a poster from a hotel in North Korea, and taking items from three stores in China without paying for them worth the price these individuals had to pay? They all acted abroad as if they were on U.S. soil and did not expect the swift and harsh consequences. Presidents had to step in to get them back, so yes Mr. Ball a thank you was in order and no it ought not to be predicated on flying on Air Force One. Your son, as well as those other two boys, could still be sitting in that prison in China. There’s a Chinese expression, “Kill the chicken to scare the monkey.” Other countries do not tolerate or take the posture that we take in the U.S. of being innocent until proven guilty. So the fact that the boys were able to come home is certainly worthy of a thank you. How big of a deal is it to say "Thank You?"

This is not a time for “patience” — Donald Trump is not fit for office. It is evident that there is zero reason to believe “he can be a good president.”

Whether by the nature of Mr. Trump’s relationship with Vladimir Putin and Russia, his willingness to exploit the office of the Presidency for his personal gain and treat the government like a family enterprise, his conduct during Charlottesville, his decision to pull out of the Paris climate accords, or his seeming determination to take the nation to war, he has violated the Constitution, the office of the Presidency, and the trust of the public. He is a clear and present danger to the United States of America.

Republican Senator Bob Corker, Chair of the Senate Foreign Relations Committee, referred to the Trump White House as a daycare center, and observed that this president has put us “on the path to World War III.” This comes following reports that Trump’s own Secretary of State referred to him as a “moron” and that Chief of Staff John Kelly and Secretary of Defense James Mattis have an agreement not to leave Trump home alone for fear of what he could do. And we have seen other Republican Senators, including Senators Sasse and Flake, express their own profound concerns.

An accounting of his record to date leads to the same conclusion. He is turning his back on Lady Liberty by holding immigrant children hostage. He is actively sabotaging the Affordable Care Act — a law he is constitutionally obligated to faithfully execute — while seeking to strip away health care coverage that will leave millions of Americans to choose between life and bankruptcy. He is repealing clean air protections and unleashing polluters, even as increasingly catastrophic natural disasters supercharged by our warming planet ravaged the country throughout the summer — from hurricanes Harvey, Irma, and Maria, to the wildfires that have raged across California, Oregon, Washington, Idaho, and Montana. He has threatened to reduce aid for millions of American citizens in Puerto Rico who are struggling to survive without drinkable water or electricity — a move that would be a total dereliction of his duty. And every day, Americans are left bracing for a Twitter screed that could set off a nuclear war. These actions represent systemic attacks on our nation’s future. They endanger every single one of your constituents. That’s why you have a duty to speak out.

There is no moral reason to remain silent about this. Constitutional experts like Noah Feldman have already laid out clear legal and historical foundations for impeachment.  Founding Father Alexander Hamilton, a co-author of the Federalist Papers — and an immigrant himself — argued that “high crimes and misdemeanors” could be defined as “abuse or violation of some public trust.” This president has clearly already exceeded these standards. Congress has impeached past presidents for far less.

While we know that Republicans do not seem prepared to pursue impeachment even as members in their own ranks openly question Trump’s fitness for office, we are all working hard to ensure Democrats will take back the House and Senate in 2018.

Given Trump’s total lack of fitness for office, the question of impeachment becomes a very real issue should we succeed in our midterm goal. That makes it imperative for every Governor of every state, and every mayor of every city, to acknowledge where they stand. This question affects the lives of every single American. They deserve to hear whether or not our party is willing to do what is necessary to protect them and their families. This is not an academic exercise. The very stability of the Republic is at stake.

So, by way of this letter, I am asking you today to make public your position on the impeachment of Donald Trump and to urge your federal representatives to remove him from office at once. Every day he remains in reach of the nuclear codes is another day for him to menace the citizens you serve and protect. Your constituents deserve to know they are represented by people in every level of government who have the patriotism and political courage to stand up and take action when it is so desperately needed.  This is not a time to give in to an establishment that insists on acting the way the establishment always does, with “patience” or “caution.” It is an unprecedented moment, and it calls for extraordinary measures. We cannot remain fixated on what is politically smart. We have to do what is morally right.

https://www.needtoimpeach.com/
Posted by Marc A. Medley at 3:27 PM No comments: