The Airline Baggage Scales of Life 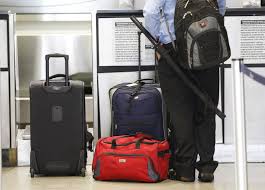 My last post in this blog [The Critical Thinker] questioned whether a vote for Donald Trump really was a vote for the person or for the spirit that this person represented during the campaign. A lawless say anything about and to anybody persona that could lead one to believe that anything goes; no rules, no boundaries. Insult whatever group you choose, use a bully pulpit, and talk locker room talk all in the name of not being politically correct. While I do believe political correctness allows one to tap dance around and skirt the truth in too many instances, what we witnessed verbally and behaviorally out of candidate Trump ought to have been seen as unacceptable even for those of us who do not necessarily agree with political correctness or pussyfooting around (no pun intended Mr. President-Elect). Oddly enough, the verbal free for alls were not viewed as unacceptable, at least not enough not to be elected President of the United States.

The constant verbal assaults were Mr. Trump's baggage. And then there was the baggage of Hillary Rodham Clinton and the reason for my using the metaphor of the scales at the airport where we weigh our luggage before it being accepted onto the plane. The scales that let you know whether or not the weight of your luggage will be acceptable for you to pay your luggage fee, have your bag checked underneath the plane and you get on board. For those of us who fly, I'm sure you can relate to the feeling of not being sure if your bag is overweight or not as you approach the scale. Usually, the maximum for each bag is anywhere from 50 to 70 pounds with the former being most common. Travelers oftentimes witness fellow passengers with bags that are deemed overweight, taking out items to get down to the accepted weight. Literally throwing away items in the airport in order to get that bag on the plane. 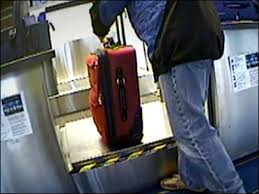 Metaphorically speaking, Hillary Clinton's baggage was just too heavy for the American people's baggage scale. Mr. Trump had a lot of baggage too but somehow it was weighed in at 49.9 pounds compared with Mrs. Clinton's 50 plus pounds. Let's be clear, both candidates had heavy baggage, but I do believe that the American people viewed Mr. Trump's baggage to be just a tad lighter and therefore chose him as the 45th President of our country.

Without a doubt, this was one of the worst if not the worst political campaigns ever waged in America and is likely symbolic of where we are as a country. Anything goes........  In my last post (10/23/16), I highlighted the fact that society has gotten to the point where everybody has a RIGHT, but nobody has a RESPONSIBILITY; this race epitomized that. 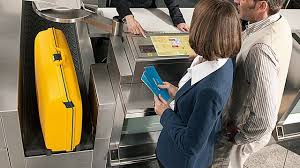 Now that President-Elect Trump will be taking office, we as the American people must hold him accountable to do what he promised that he would do. According to him, he will be "the greatest jobs president that God has ever created," so we will need to see some jobs created. The same holds true for businesses no longer leaving the country and all of the other promises that were made that is supposed to make America great again.

Personally, I think Mr. Trump is in for a rude awakening of how Washington and the world runs. It will be interesting to watch this saga continue to unfold. I don't think Mr. Trump will be able to Tweet his way out of the many challenges ahead. As always in The Critical Thinker, agree or disagree, it is something to critically think about.

Hear me live as I webstream around the world on gobrave.org and on FM radio WP88.7 FM in northern New Jersey as host of The Reading Circle each Saturday beginning at 6 a.m. ET. You are also invited to follow me on Twitter @thinkcritical01 and @readingcircle01.