What Are You Doing New Year's Eve?

Well as hard as it may seem to believe, we are once again at the close of one year and on the precipice of another. In accordance with the Gregorian calendar, we are moving quickly towards the sixteenth anniversary of our beginning the century of the Anno Domini era, (Latin for after Christ); in layman's terms, the Twenty First Century.

As Christmas has swiftly passed and Kwanzaa is coming to an end, many ask each other the question, "What are you doing New Year's Eve?." so much so that a song was composed using that question as its title. I fondly remember hearing Lou Rawls in his unmistakable voice belt it out on my stereo during each holiday season as if on cue as it was a part of the discography on one of the holiday albums I played each year.

This very same question has been asked of me several times this year as we look to close out 2016 by friends, family members and sometimes even strangers in the holiday spirit.  My answer........ "I intend to go to Watch Night service at my church and make a beeline for my or possibly a friend or family member's home. New Year's Eve like several other holidays in the year are not times I choose to be moving about too much because too many use holidays such as New Year's Eve, Halloween, and even July Fourth as excuses to be stupid. What I mean by "stupid" is, one drinking/drugging excessively in the name of the holiday. Many lives have been lost because someone celebrated too much and felt capable to get behind the wheel of a vehicle. On Christmas Eve of 2015, my wife's car was totaled while sitting parked during the night because someone decided to celebrate and then get behind the wheel. This occurred while we were at home and sleeping. The driver lost control of the car and careened into my wife's parked car. I had a similar experience with my car on Thanksgiving of 2010 as it was totaled while parked by an inebriated driver. In that instance, the driver took out five cars and left his overturned in the street. Thankfully in these instances, we were not in the cars or moving about the vicinity when these accidents occurred.

While I was not able to interview either driver, I would be willing to bet that when asked what happened? or why did you do that?, the answer would be, "Because it was Christmas," "Because it was Thanksgiving."  Similarly, all types of heinous activities occur on Halloween in the name of "fun."  Why did you do that?  "Because it was Halloween."  It's as if special licenses are granted to act foolish and irresponsible because it is a holiday. Countless lives are lost and property damaged, all in the name of "celebration."

I write this post as an encouragement for us all to be safe and sensible, particularly on what could be considered a higher celebratory holiday such as New Year's eve and any holiday or day for that matter and not drink and drive. The same holds true for smoking marijuana or any other sense altering drug. Do not get behind the wheel, weapon or action under the influence of anything. There is not that much celebration in the world that someone needs to lose his/her life or property.

So whatever you choose to do this New Year's Eve, please enjoy responsibly. As for me, I will be going to Watch Night Service at my church and then making a beeline for home. HAPPY NEW YEAR EVERYONE! Be grateful for 2016 and have an awesome 2017!

You are invited to hear me live each Saturday at 6 a.m. ET as I host my book talk radio show, The Reading Circle with Marc Medley. It can be heard around the world on gobrave.org and locally in northern NJ on FM radio WP88.7 FM. My first guest for 2017 on January 7th will be Dr. Steve Perry followed on January 14th by Dr. William Pepper. You are also invited to follow me on Twitter @thinkcritical01 and @readingcircle01.
Posted by Marc A. Medley at 8:13 AM No comments:

What Do You Give When You Have Nothing To Give? 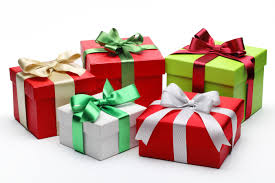 It's that time of year again when many stress over what gift to give and who to give presents to. Folks scurry to and fro moving from store to store and mall to mall spending even money that they do not have (aaaahhh..MasterCard, Visa, Discover, American Express, etc. etc. etc.). For those who have decided not to deal with traffic and shop online, the concern is still the same.....what do I get for "So-and-So?" Added pressure comes when you receive a gift from someone who you did not purchase a gift for or have on your original "gift list." When that happens, what do you do? Do you run out at the last minute and buy something to give to that person even though you had not originally intended to give that person a gift? And then when all is said and done and all is done and said, comes the day after Christmas where far too many people are standing in the "Return" lines at the stores because they did not like what they received. They return the gift for a store credit or refund. Stores even give "Gift Receipts" now in anticipation of the gift possibly being returned. After someone stressed over giving that perfect sweater or other trinkets, at the end of the day, the gift winds back up at the store in the return pile like the gifts on the Island of Misfit Toys seen in the Christmas television special Rudolph the Red-Nosed Reindeer.

But, what do you give when you don't have any gifts to give? Your financial resources are maxed out? You cannot exchange a material or physical item? What can you give? I have written in the past how the story and song about The Little Drummer Boy is my favorite Christmas story because of the answer to the very questions I've asked in this post.  If you are familiar with the story there are many people gathered around a long open box or trough where horses or cattle eat from in a stable where the baby Jesus was just born. History has it that everyone in the huddle had come prepared with gifts to give to the newborn King. All except..... you guessed it, the little drummer boy.

My point in the writing of this post is, sometimes the very best gift(s) are not monetary or material. Sometimes, even when we think that we have nothing to give, we do.  How can that be you say? How about we start with a smile, as you never know just how much a smile can mean to someone who is having a bad day. A hug. A short hand written note/card. A random act of kindness without looking to be repaid. Your talent like in the story. Finding a way to show you care about what matters most to that person. Something hand made. The list can go on and on.

So this holiday season, if you feel that you are limited financially, come up with a list of ways you can deliver a message of love and joy that remains with the recipient long after the gift has been consumed, returned, used or put away. Something to critically think about........

You can hear me live each Saturday beginning at 6 a.m. ET as I web stream around the world on gobrave.org and broadcast locally in northern New Jersey on FM radio WP88.7 FM as host of The Reading Circle with Marc Medley. You are also invited to follow me on Twitter @thinkcritical01 and @readingcircle01.  Have a Happy Hannukkah, Merry Christmas, Happy Kwanzaa and New Year!