The Tape Is Never Rolled Back Far Enough 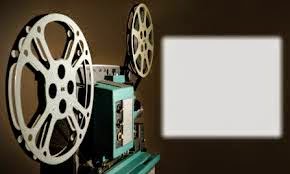 For those of you who are old enough to remember Warner Wolf with his tag line phrase of "Let's go to the videotape," you'll appreciate my metaphor in the title of this post. In 2015, we have more video tape than ever before to take a look at because of the presence of cameras installed everywhere you can possibly imagine, yet our crime rates and botched arrests are not decreasing. In just about every case that comes to mind, there is video evidence, and in some instances even what we see in the video is not enough to get a conviction of the wrong doing. But this post is not about getting a conviction based on videotape evidence but more about taking a look at the events that led up to an arrest gone wrong to begin with. In other words, rolling the tape back a little further than what we are always presented with.

In every major case that is publicized in the news, the focus is always on the arrest gone wrong; what is perceived as police brutality, or in many instances truly is police brutality, but the focus is never placed on the events that led up to the encounter to begin with. This is why I say the tape is never rolled back far enough. Had the alleged perpetrator not done anything to cross the police path to begin with, there would not have been a need for an arrest or a scuffle. We need to stop being in denial and overlooking the fact that every illegal activity that occurred or was thought to be occurring is what caused the encounter from the start. It is rare that I've seen or heard of a case of an innocent citizen that has no record or had not done anything wrong have a fatal encounter with law enforcement. In nearly 100% of these cases, the perpetrator now turned victim did something he or she was not supposed to have been doing. I am not suggesting that anyone, whether they were doing right or wrong, deserve to be mistreated or killed, but I am asking us to look further back at the root of the issue, which is the person was doing something illegal. The illegality of the act precipitating the police encounter is never brought into the discussion.

As citizens, we must stop doing any activity that will bring us into an encounter with law enforcement. We must stop stealing; we must stop selling drugs; we must stop prostituting; we must stop vandalizing, and any other activity that is against the law, for it is the illegal activities that keeps us crossing the path of the police, and once you've crossed that path there is no telling what is going to happen. Please be clear, I am not defending rogue police officers whatsoever, because they are just as wrong as the perpetrators they are attempting to capture. Right is right, and wrong is wrong, regardless of whether you are wearing a uniform and a badge or not.

When I looked at the video and the photos of the teenagers taking part in the riots in Baltimore, not too many of those photographed looked as if they were prepared to take advantage of any opportunity that might be available in Baltimore in 2015. I am not judging; however, based on those videos and photographs, it did not appear to be a massive amount of young people(or old for that matter) who looked like they had prepared themselves to take advantage of the types of jobs and careers that are offered in 2015.

Our young people must take education seriously and we cannot continue to wait for opportunities to be made for us as we must become educated and make opportunities for ourselves. We must work to stop people from committing crimes so that there will be no need for them to be a victim of police brutality. We must stop breaking the law....PERIOD. Stop stealing the cars. Stop carrying the guns. Stop robbing the stores. Stop mugging the senior citizens. Stop raping the women. Just stop breaking the law and we won't have to keep seeing these cases of alleged criminals becoming victims. I end with two quotes from Malcolm X where he says "Education is the passport to the future, for tomorrow belongs to those who prepare for it today" and  "The future belongs to those who prepare for it today." Something to critically think about. You can hear me live each Saturday at 6:00 a.m. EDT on gobrave.org and locally in northern NJ on WP88.7 FM. You can follow me on Twitter @thinkcritical01 and @readingcircle01. Let us stop the madness. May Baltimore be the last.
Posted by Marc A. Medley at 1:36 PM