"If We Begin To Direct Our Children's Attention To Strong Images Like Themselves, They Will Grow In Self-Respect" 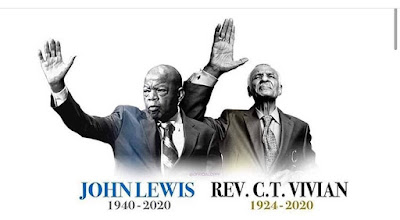 The title of this post is a direct quote from the book Breaking The Chains Of Psychological Slavery written by Na'im Akbar, Ph.D. Dr. Akbar has been described by Essence magazine as "one of the world's preeminent African American psychologists and pioneer in the development of an African-centered approach to modern psychology.
I write this post the day after the passing of a living legend, Congressman John Robert Lewis and two days subsequent to the passing of yet another legend, the Reverend Cordy Tindell (C.T.) Vivian. While not a betting man, I am willing to wager that our children, particularly our African-American children do not know who these two African-American heroes are. I would be willing to bet that if you approached an African-American high school senior who just graduated in June of 2020 or perhaps even an African- American Class of 2020 college graduate and asked them about these two gentlemen, they would not recognize their names much less tell you anything about them or what they did. Why??? Because they were never taught about them, that's why. They were not taught about them at home or at school.
While I love the Reverend Martin Luther King, Jr. (and I do), our children must learn about more than just him and Rosa Parks. It is incumbent upon us as parents, grandparents, aunts, uncles, cousins, teachers, principals, superintendents, pastors, and preachers to direct our children's attention to strong images like themselves in order for their self-respect to develop and grow. According to Dr. Akbar, we must honor and exalt our own heroes and those heroes must be people who have done the most to dignify us as a people. I could not agree more. Your average Caucasian or African-American child can only name Martin Luther King, Jr. or Rosa Parks when pressed to name an African-American hero. In most instances, you will get the name of an athlete or entertainer. Quoting from Breaking The Chains Of Psychological Slavery again:

"Entertainers and athletes are the popular heroes of the African-American community. Physical prowess or comic exploit are the only characteristics Black heroes are permitted to express. Intellectual acuity, prophetic vision, moral integrity, technological know-how, and managerial efficiency are characteristics seldom, if ever, portrayed."

The African-American community must do a better job to educate its own children. Black history curriculums, Amistad laws, and teaching mandates have their place; however, they do not surpass the teaching that is handed down from generation to generation from parents, grandparents and great grandparents.  We [African-Americans] must help our children connect the dots between themselves and their ancestors.

Last week I visited for the second time in a number of years the Ferncliff Cemetary in Hartsdale, New York. It's only about 30 miles away from my home and a nice little drive just to relax. There are many notables buried in Ferncliff including Malcolm X and his wife Betty, Paul Robeson, James Baldwin, Jackie "Moms" Mabley, Adolph Caesar, Whitney M. Young, Jr. and Northern J. Calloway (I visited all of their gravesites). Many more notables such as Judy Garland and Cab Calloway are also entombed there. As I visited each grave, I literally felt connected to each one even though I had never met any of them in person.

I placed flowers on the grave of El-Hajj Malik El-Shabazz and his wife Betty. As I visited each grave, I reflected upon his/her contribution to the world. Now I know for some of you reading this, it may seem strange to walk around a cemetery, however, for me, it is an experience of connecting with my ancestors. I know the spirit speaks because the very next day someone posted on Vero - True Social, a social media platform similar to Instagram, a debate between Malcolm X and James Baldwin (see below).

I had literally been at the gravesites of those two men one day prior to the post and whoever posted that post on Vero did not know me from Adam's housecat, yet that post appeared. It was as if Malcolm and James were letting me know that I had visited them the day before.
Carter G. Woodson stated:

"to handicap a student for life by teaching him that his black face is a curse and that his struggle to change his condition is hopeless, is the worst kind of lynching. It kills one's aspirations and dooms him to vagabondage and crime."

I'll wager another bet that most of the names that I listed above would not be familiar to a teenager in 2020. Maybe Malcolm X and that's a maybe. Folks, we must do better in educating ourselves and our children in terms of where we have come from and the great contributions that African-Americans have made to the world. By doing so, the self-esteem and self-respect of all of us and particularly our young African-Americans can do nothing else but increase. Let's get out there and make our ancestors proud. 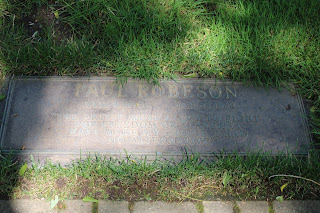 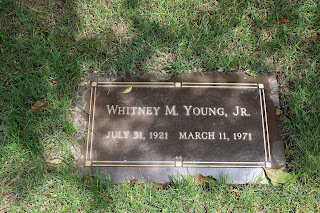 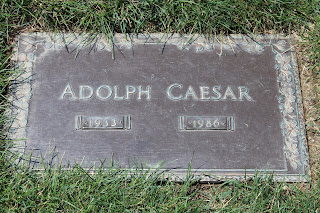 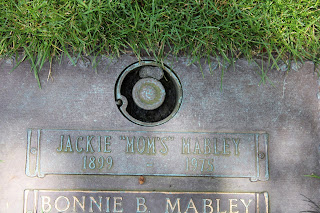 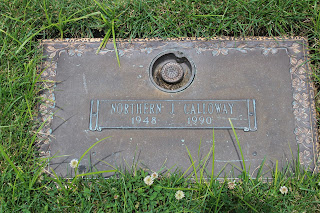