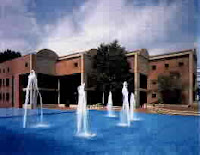 At the writing of this edition of THE CRITICAL THINKER, I am traveling again. This time I have just left one of my favorite cities in the United States, Atlanta, Georgia; more specifically, The King Center. This was at least my fourth time touring the historical site and each time I was moved as I looked at the photos and exhibits appreciating the efforts of Dr. Martin Luther King, Jr. and so many others who would not be satisfied with the status quo of the time.

As I moved through the center, I noticed how many of the adults both young and old were moved to tears as they saw photos such as that of the anguished face of Martin Luther King, Sr. (Daddy King) at the funeral of his son Martin Luther King, Jr. I also noticed the disgruntled expressions and actions of too many of our teenagers who had been brought to the center by their parents in the hopes of educating them about their past and to diminish their attitudes of entitlement; to help them understand why they cannot take for granted the liberties they have in 2008 almost 2009; to help them understand what the big deal is about Barack Obama becoming president. I witnessed parents attempting to get their children to take the exhibits seriously as they made every attempt to blow them off as just another boring meaningless tidbit that mom and dad wanted them to know. I watched as too many of our teenagers acted as if they were being tortured by having to read about the experiences or look at photos of their fore bearers who were a part of the Civil Rights Movement. I viewed all kinds of frowned faces and body language with attitude. Body language that said, “Can we hurry up so I can get on my cell phone?” “I’m missing Chris Brown’s latest video.” “I wish I was anywhere but here right now.” Oh yes, it was as if I had become a mind reader.

What came to me was here I am looking at exhibits and pictures of people who wanted “it” but could not have “it” and I was surrounded by children who could have “it” but were acting as if they didn’t want “it.” The “it” I am referring to are the freedoms and way of life that we now enjoy that did not exist for African Americans; Black people; Negroes, or whatever we referred to ourselves a little over fifty years ago.

Our youth must gain an appreciation for what it took to get to this point where they can come and go as they please; purchase anything they want to purchase from any store they would like to purchase it from; go to any school that they are academically prepared; and work in any job for which they are qualified. The recent election of President Barack Obama essentially removes any excuses for achievement by anyone of any color.

This critical thinker is humbled and oh so grateful for the actions of those being memorialized in places like The King Center because if it were not for the efforts of the people appearing in the photos and exhibits, I would not be able to do the things that I do so easily today. I am grateful to God for the spirit he placed in the Dr. Martin Luther Kings and others who died by acts of violence while preaching and promoting non-violence. Our teenagers must realize that they can never take for granted the lives lost in order for them to move forward, become successful, and enjoy what was constitutionally promised to them.

I Am Thankful For My Mango Juice

“I am thankful for my mango juice” Kerry Ann Hall

Last year while traveling on vacation in Jamaica, I listened to three cousins (two who are growing up in the United States and one who is growing up in Jamaica) having a conversation about gifts they had received for either their birthday or for Christmas. The two children from the United States were complaining about the number of (or lack thereof) gifts they had received and/or the cost of the gifts. When the two asked their cousin from Jamaica what she had received, she let them know that she had received very few items but she was thankful even for her mango juice. I was as touched and blown away by her sincerity and gratitude expressed for something such as a glass of mango juice as I was by her cousins’ quizzical almost ungrateful amusement at the thought of being thankful for just “mango juice.”

I start this edition of The Critical Thinker with that story because like that child, I am thankful for my mango juice. Of course I am now speaking metaphorically with mango juice representing the smallest of what some would consider worth being thankful for. I believe the economic conditions that we are now facing are causing many to rethink just what they truly are thankful for. I believe many are now really beginning to understand that life is just not about “things.” I believe this economy is causing many to re-look at the value that we place on materialism and see that we truly can be thankful for our mango juice. We truly can be thankful for life, health, and strength. We can be thankful for every breath that we take; a smile; a hug; a kind word; things that for many would seem as trivial as the mango juice appeared to be to the two cousins living in the U.S. What! No IPODs, XBOX, PlayStation, Laptop, MP3, cell phone, Jordans, Timberlands, Mercedes Benz, Lexus, Infinity, two hundred room mansions? Thankful for mango juice? Are you kidding me?

I keep telling folks that the older I get, the shorter my Christmas gift giving list gets; however, for the couple of times that I did venture out into the stores this Christmas season, they were virtually empty. Many stores were offering products at discounts of fifty percent off and more and still very few people were buying. It was as if the stores could not give their wares away. Folks are spending their money on the bare necessities leaving a lot of room for the appreciation of things that do not cost in life. Things like the ones I mentioned above.

So as I close this edition of The Critical Thinker, I wish everyone reading this a Merry Christmas and a Prosperous New Year. Let’s all be thankful for our mango juice.

There Isn't That Much To Shop For In The World

Can you imagine someone losing his life for foolishness? A Wal-Mart employee who was making an attempt to open the door on "Black Friday," lost his life to pure and utter non-sense. There has not been the product or gift yet created that would motivate me to arise in the wee hours of the morning, stand in a large crowd, and then bum rush a door to get in and make a purchase. There just is not that much shopping in the world. There just is not that much of a "deal" in the world. Once again, it proves my point that for the most part we have "sucker" written on our materialistic foreheads. Many of the folks in this crowd believe it or not aren't there to shop. They are in the crowd just to be able to say they were in the crowd on Black Friday morning.

One of the reasons I majored in marketing/advertising during my undergraduate days, was my fascination with the influence that advertising/messaging had on people. I am still fascinated by how companies and corporations can actually create markets and needs that really aren't needs at all. What amazes me even more is that we fall for it. I can't emphasize enough my recommendation for folks to take the time to read the book Our Daily Meds to get a really good picture of how a market even in the health care industry can be created. Ailments that don't exist are created in order for people to buy drugs. I cite this example because the same phenomenon occurs every year on the Friday after Thanksgiving. The media hypes "Black Friday," and more folks than you would think; JUMP! Set their alarm clocks; get up; get dressed; wait in the cold; and then have the audacity to actually stampede (literally stampede) their way into a store. Shoppers gone wild!!! Not a whole lot of independent or critical thinking going on there.

What is it about this time of year that everyone has this need to express their love through giving that is so different from any other time of year? If you love someone, that love should be shown throughout the year and not just at Christmas or Hanukkah or whatever holiday you celebrate. If that were happening, there wouldn't be this great need to stampede a store to get someone a gift that he/she is probably going to return for one reason or another on December 26th (That's an entire Blog by itself that I will address in another edition). It's also interesting how there's all of this commotion over a holiday that many don't even want to celebrate for it's origin; the birth of Jesus Christ. Many choose to call it "XMAS." All of this stampeding to give a gift on a holiday that you want to "X" out. (Another Blog edition forthcoming).

Sadly, a man has lost his life and many of the shoppers gone wild were actually hurt. The question is; for what? You can rest assured you won't find this critical thinker stampeding any one's store, at Times Square for the ball drop on New Year's, or for that matter not even at the inauguration of the first African American President of the United States. I will witness history from home. One bit of advice that my parents always gave me was to "Think for yourself;" you can best believe that this critical thinker thinks for himself. My prayers go out to the family of the gentleman who lost his life doing his job at Wal-Mart.
Posted by Marc A. Medley at 4:48 PM No comments: