Why We Must Care

A couple of days ago I posted on my various social media sites concerning how often I see people who are entering posts continuously confuse "your" with "you're." I even went as far as to define the difference between the two.


You're is a contraction of you are. It has no other uses. This is a 100% rule. If you cannot expand it to you are in your sentence, then it is wrong.

I was saddened but not shocked at the feedback that I received on the various sites, however, the one that bothered me the most was the one that said "I think most people don't care." I was not shocked because I have become accustomed to all of the excuses that we make for not doing something correctly.  Now I pondered hard and long concerning how I would write a blog post about this, particularly since it is my understanding that blog posts are to be short if they are to be read, so I thought I'd handle it this way.

For most if not all job and college interviews, an essay is now required to be written. If you use "you're" where it should have been "your," or use "your" where it should have been "you're," in all likelihood you have assured yourself of not getting the job or the college acceptance. The same holds true for all of the other words such as "were" and "where", etc. etc. etc.

I think this post is short enough and one can get the point. This is why we must care. Something to critically think about.  I invite you to share your thoughts in the commentary section of the blog and to follow The Critical Thinker on Twitter @thinkcritical01 and on Tumblr @thecriticalthinker01.tumblr.com. 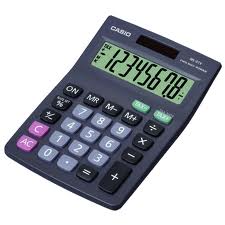 During this week, my wife and I shared similar experiences when making a purchase in two different parts of the country and with two different types of retailers. One was with an outdoor frozen dessert stand and the other at a major electronics retailer. One in Virginia and the other in New Jersey. Both purchases were serviced by someone late in their teen years such as eighteen or nineteen or very early twenties.

My wife purchased an Italian Ice which cost $4.42. She gave the young man $10.02 with the expectation of receiving an even amount of change of $5.60. He was clueless as to how to make the change when given the two pennies extra. He could not figure out the math or what my wife was attempting to do. She literally had to walk him through the process and she was still unsure when she walked away if he understood the concept. This was Tuesday, August 6th in Virginia.

Fast forward to today, August 9th in New Jersey, where I had a similar experience in a major electronics retailer where I purchased the DVD "42" the story of Jackie Robinson.  The cost of the DVD was $19.99. I gave the young lady $20.00. She mistakenly rang up on the cash register the $20.00 and it read back to her that $1.40 was due (the sales tax).  I gave her the additional $2.00 and she was clueless as to how much change I was to receive back because she had already entered the $20.00 and the cash register was not telling her how much change to return to me.  I explained to her in multiple ways that with the addition of the $2.00, she now had a total of $22.00 from me to cover the total purchase price of $21.39. She could not perform the mental math in her head to figure out that she owed me $.61 cents. She was baffled even when I explained to her the concept in various ways.

Now folks, this is ridiculous. In a recent post I was lambasted because of my expectation for someone to be able to read cursive writing. I was told (even though I know it as an educator) by multiple people that cursive writing is not taught in school. My response was, "It should be and that it was another basic skill  that we have lost." Well folks the art of simple arithmetic and reading is also lost because of the reliance on calculators, purchased educational programs and computers. It's one thing to be able to use these tools once you know how to calculate or read manually; it is totally another thing to not be able to calculate because you have only performed calculations on the computer, calculator or cash register. In both instances, these young people had no idea as to how to figure out the difference between the total amount they were given and the change that was to be given back.

Multiplication tables, blends, phonics, penmanship, cursive writing, etc. etc. etc. have fallen by the wayside to program upon program sold by educational vendors to school districts across the country and in the meantime the skills of our youth are getting weaker and weaker. We must teach the basics and the basics must be learned. They must be taught both in school and at home.

I can remember sitting at the kitchen table and crying while trying to learn/remember my four times tables and my father saying to me that he did not care how much I cried, I was going to learn my times tables, and you know what?  I did. To this day I can calculate and I remember my times tables at least through the twelve times tables. Our children cannot perform basic tasks because they have not been taught or have not learned the skills that are the foundation for using tools such as calculators, computers, the Internet, etc. etc.

As an educator, these two experiences really have me wondering what are we doing? In both instances, these young people are someone's employees............... Something to critically think about. I invite your commentary in the comment section of the blog as well as invite you to follow me on Twitter @thinkcritical01.
Posted by Marc A. Medley at 3:30 PM No comments:

Airing Dirty Laundry: If The Laundry is Dirty, Then Wash It!

I know I am going to catch a lot of flak for this post, but the truth be told, I do not care. I join the ranks of Bill Cosby, Don Lemon, Juan Williams and others who love Black People enough to not only air the "dirty laundry," but offer suggestions and solutions as to what we [Black People] must do in order for our laundry to come out "Tide Clean." Mr. Lemon is correct in the video above as was Bill Cosby in his Pound Cake Speech.

The problem is too many of us [Black People] get angry when a Bill Cosby or a Don Lemon speak the unadulterated truth about what we as a people need to do in order to further progress and to stop killing ourselves. Instead of cleaning the dirty laundry, we would rather make excuses for the laundry being dirty and our leaving it dirty. I know all of the "excuse makers" will respond to this post and I welcome that as The Critical Thinker is for thinking and debate. In all honesty, I do not care who agrees or does not agree with me on this issue because I am a firm believer in our [Black People] not making progress as long as we continue to make excuses for behavior unbecoming anyone who has any self respect. It's mind boggling to me that folks actually argue for underwear being shown (talking about dirty laundry) from pants being worn almost to the knees(sagging) or calling each other terms that has been and still is derogatory(nigger). I see folks actually fighting to be able to do and say things that folks gave their lives for to abolish. There is a T-shirt in the National Great Blacks in Wax Museum in Baltimore, Maryland that reads on the front, "Now We Lynch Ourselves" that truly speaks to our plight. Think about the phrase "Black on Black" crime......... 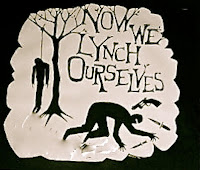 Does any of this make sense to you? And yet there are the multitudes (some who will respond here) who will argue that all of this aberrant behavior is normal and should not be addressed by anyone. When someone does address these issues, particularly within the race, they are considered not black or forgetting where they came from, etc. etc. etc. (excuses, excuses, excuses.....)

The T-shirt in the National Great Blacks in Wax Museum is sadly correct, "Now We Lynch Ourselves." Shhhhhhh but don't air our "dirty laundry." My flak jacket is on for all of the excuse making that I am sure is to come as responses to this post. Feel free to leave your favorite excuse in the commentary section of the blog and you are invited to follow The Critical Thinker on Twitter @thinkcritical01 and on Tumblr @thecriticalthinker01.tumblr.com.
Posted by Marc A. Medley at 9:16 PM No comments:

Life Must Be About Balance 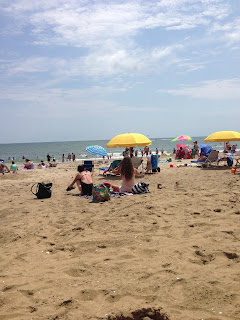 As my vacation is quickly coming to a close, I sat and reflected about how we must take time to play and relax as I watched people go about their activities on the beach. We must take time away from work in order to better do our work. I work hard and I play hard. I never feel guilty about taking my vacation. Life is about balance. You must have both the work and the play.

For those of you who just work all of the time, you need to take some time to play. For those of you who do nothing but play all of the time, you need to work. We must strike a balance. Neither extreme is good. As the old adage goes, "All work and no play makes ____________ a dull _______."  All play and no work has just as serious of ramifications. So let's be sure to keep the balance of life in perspective. If you die tonight, your supervisors and co-workers will mourn your loss briefly, say what a wonderful person you were and put someone in your place to get the job done. In other words the job is going to be there even when you are gone.

For those of you who do nothing but play, you are missing out on the experiences, and the wisdom and knowledge learned from working in a chosen career or vocation. You are missing out on the opportunity to make a worthwhile contribution to the world and the fulfillment only provided by completing an assignment or calling. Take time to work and take time to play. Life must be about balance. I welcome your thoughts in the comment section of the blog and you are invited to follow the Critical Thinker on Twitter @thinkcritical01 and on Tumblr @thecriticalthinker01.tumblr.com.
Posted by Marc A. Medley at 7:46 PM No comments: