This Is Our Elephant 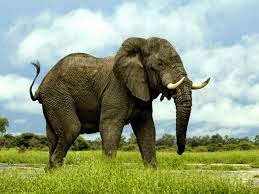 Think about it.
Posted by Marc A. Medley at 1:51 PM No comments:

It's Real Easy To Be An Armchair Quarterback

Armchair quarterback (noun) a person who offers advice or an opinion on something in which they have no expertise or involvement
Word Origin - 1940; as a person watching televised sports from an armchair

"Armchair quarterback" is an idiom that originated in the United States. It refers to someone who doesn't participate in an action but still makes judgments about it. The phrase takes its meaning from the fact that a quarterback is the player in the American sport of football who controls much of the game. An "armchair quarterback" is someone who offers his or her opinion on something without actually being a part of it. It is an idiom that has branched out from the sports world to encompass many other aspects of life. 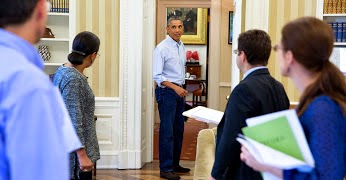 It's always interesting to me how folks who are not in the job of whatever the job may be, i.e. president, principal, pastor, CEO, governor, superintendent, head coach, etc. etc. etc. always have so much to say about how things are being done or was done. As an elementary school principal, I have to make decisions everyday that impact students, staff, parents and other stakeholders and there are always even among the mentioned ranks those who feel that if they were in my seat, they would have done X or Y. I am using myself as an example since I am in a leadership role, however, the same types of judgments are cast towards anyone who is in a leadership role. I am not naive and realize that it comes along with the leadership game, but it just came to me to put this down in a blog post Just Because. If you are in a leadership role, you will be able to relate to this post. I watch and listen to the pundits pontificate over what they would do if they were President Obama........"He should have done this or he should not have done that,"  and on and on and on. It really does not matter what leadership role you are in....it happens to you. Always those who sit on the metaphorical armchair and can do you better than you can do you. Yes, my friends, it's easy being an "Armchair quarterback," because you are always talking and offering advice without risk to you. To share what you would have done or not done in any given situation really does not matter because (A) YOU were not the one in the situation (B) however the results of the decision(s) turns out, YOU are not the one being held accountable for them. Hence it really is easy being an armchair quarterback, or armchair president, or armchair principal, or armchair CEO or armchair pastor, etc. etc. (Fill in the blank - Armchair _______).

I heard this response one time from someone and have used it myself since hearing it and the dialogue goes like this:

Think about it for a little bit and you will get it. After some thought, I think you get my point. Leaders are constantly besieged by pundits who really may mean well or perhaps have served in the particular position in the past, but it's a different game for the person who is in the position now, so what may have worked then, may or may not work now. Let's be very clear, coaching and armchair quarterbacking are two different things. For example, many of our radio talk show hosts have made their careers by armchair quarterbacking the President of the United States, particularly President Obama. The two that I am thinking about and I am sure there are others, have had nothing to talk about on a daily basis for nearly seven years now other than President Barack Obama. They have become expert armchair quarterbacks as neither would be able to do any better with the country than any other president has, but you wouldn't know that by listening to them. They would change the country, even the world. Everything would be well under their leadership.

I fly on Microsoft's Flight Simulator X and I have a ball flying my jets all over the world. I know the instrument panel, the readings, the checklists, the jargon, etc. etc. I can fly fighter jets, commercial aircraft, helicopters, private planes and so on. The difference between my flying on Flight SimX and flying the real thing is, I can crash over and over again and no one gets hurt; no lives are lost. No equipment is damaged. No money is lost. Armchair quarterbacking is very similar. There is nothing lost with what you would have done in my situation because you are not the one actually in the pilot's seat. Armchair quarterbacking is like being in the simulator. In fact, it might be even less because at least being in the simulator, you really do have to have some knowledge of what you are simulating. Reread the definitions at the top of this post; words such as "no expertise or involvement,"  and "without actually being a part of it."

We have entire organizations created to be armchair quarterbacks and they are well paid armchair quarterbacks I might add. It is easy to walk into a place, say a few words, offer a few opinions and then walk back out, on to your next stop. It's another thing to live situations from minute to minute and make decisions based on the information that you have at the moment.