No Hand Signals In The Picture Please

Last week I participated in a professional development institute where a group photo of the cohort was taken at the end of the session. The institute was a part of the Harvard University Graduate School of Education and what I found interesting was the fact that the professional photographer felt the need to ask the one hundred and twenty or so of us being photographed to please not flash hand signals in the photo. Think about that for a minute. School leaders from across the country were assembled at Harvard University and when we were taking our group picture the professional photographer felt the need to ask us not to display any form of hand gestures in the photo. I thought about this for a couple of minutes and my mind reflected upon pictures I had taken recently of students, friends, and family members and more often than not, someone would have his/her fingers/hands positioned in some sort of gesture or sign. As you know this blog is called The Critical Thinker in an attempt to cause you to stop, pause for a few minutes and think about 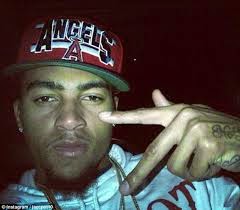 an issue regardless of how significant or insignificant it may be. This seemingly increased need to flash hand signals in every photo is one of those issues. Probably one that no one would stop to think about unless someone brought it to your attention like I am now or like it was for me when the photographer specifically requested that no one flash any hand signals in our group photo. The question I have is, what is this need to always have something going on with some sort of signal in a photo? Do we not know what to do with our hands when we take a picture? Is there a message that everyone is supposed to receive from the signal?  Or maybe, it's just the reverse, only a select few will know what the signals mean when they see the photo. Either way, in many instances all of this hand gesturing can mess up a what would have been a good photo. The age old two fingers behind someone else's head in the photo is still alive and well, but there now is a plethora of other signals that seem to be cropping up. The fact that a

professional photographer on the campus of Harvard University taking a photo of school leaders from around the country had to literally say to us, "Please no one flash any hand signs," tells me that once again we don't know when to say when. That once again something that may be appropriate in one setting  is not appropriate in another and too many  of us do not know or act like we do not know the difference. I am sure the flashing of hand signals in a photo in and of itself is not necessarily a bad thing, however, when every time you take a picture a hand signal has to appear, that is a problem. There is a time and place for everything and apparently the photographer has had prior experiences with groups to the point that he felt the need to ask us up front not to flash any sort of hand signal in the photo.  This is right up there with signs having to be placed

in movie theaters and churches asking that cell phones be turned off while during the church service or while watching the movie. There are just some things that ought to be common sense, but as you know, in many respects in 2014, common sense is not too common.  Just take a look at any of the social media sites and you will find yourself asking yourself does anyone take a picture any more without having some hand signal displayed? Take a look on Instagram or Facebook and see just how many hand signals you see. The truth be told, all of these gestures are not good. Many are gang affiliated that are indeed intended to send a message. These hand signals like anything else need to be used responsibly and the fact that a professional photographer at Harvard University had to

make it a point to tell us before he clicked the shutter button not to flash hand signals, tells me that too many of us are abusing something as simple as taking a photograph.
We are messing up people's pictures. As always, something to critically think about. Let us be more responsible with everything, even as simple as when to use hand signals in a photo and when not to.
Posted by Marc A. Medley at 6:52 PM No comments:

Two Books That Will Change Your Life 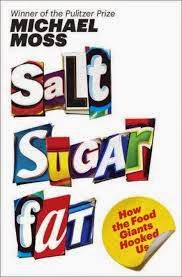 I highly, highly (did I say highly?) recommend that you read these two books. Both author/reporters Michael Moss and Melody Peterson perform an outstanding service that unfortunately most people will miss because it is in a book. The two industries tackled are the food industry in SALT SUGAR FAT and the pharmaceutical industry in OUR DAILY MEDS.  If you are like me, reading these two books will make you angry at how we are manipulated for the "Almighty Dollar."  In both books you will find that company executives might as well have weapons and be charged with murder for the decisions that are made concerning human beings and the bottom line. As uninformed consumers, we follow along blindly like sheep to savvy marketing campaigns that are designed to sell the poisonous decisions/products of the industry execs. If you do not read any other books this year, please invest the money and time in these two investigative exposes. They will both give you something to critically think about. 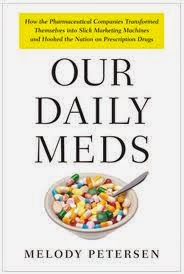 Another human being is dead senselessly and the best we can do is say "the NYPD will conduct a 'top to bottom review of all of the training this department provides to its personnel, specifically focusing on force, how do we train our officers for a takedown, how do we train them to use the various levels of force that they're authorized to use?" Seriously? Is that the best we can do? How many more reviews of training will have to be conducted? It's almost as if there is list of politically correct lines to say at these press conferences. Does anyone out there believe that we won't be seeing or hearing about this same type of incident again? Same incident, just change the name of the victim.

I was actually more incensed with Commissioner Bratton's order to conduct a "top to bottom review of all of the training this department provides to its personnel, specifically focusing on force, than I was with the actual brutality, because after all we are used to these types of incidences by now, but to just keep getting that same old politically correct double-speak is galling. Please stop insulting our intelligence because what that really means is we are not going to do anything and nothing is going to change. Next Victim! Same old game, just change the names. A review! What is that going to do?

Mindsets must change. Hearts must change. Spirits must change. Relationships must change. A "Review." You've got to be kidding me.  Words like "review," "commission," and "investigation," almost always mean, we are going to give the public the information that we think they want to hear and then conduct our business as usual. In the meantime, we are holding more and more funerals.  Something to think about. My prayers are with the Garner family.

This Is What I am Talking About When I Say "We're Going The Wrong Way."

My last post was titled "You're Going The Wrong Way," and I used a video clip from the movie Planes,Trains and Automobiles starring Steve Martin and John Candy (see The Critical Thinker posted on July 6, 2014)   to illustrate my point. The recent slaying of this twelve year old is exactly what I am talking about when I say "We're going the wrong way." I don't think I need to say more in this post. Things have got to change; things have got to change.
Posted by Marc A. Medley at 7:34 PM No comments:

"You're Going The Wrong Way!"

Have you ever felt like the couple in this movie clip who were trying their best to let Steve Martin and John Candy in Planes, Trains and Automobiles know that they were headed in the wrong direction? How many times have we like the couple in the movie clip seen the oncoming traffic heading towards the car that was traveling in the wrong direction? Even worse, how many times have the loved one, community, student, congregant, leader, etc. responded the same way that Martin and Candy does only to find out later that they were indeed headed in the wrong direction and that what they were doing was not working. Replay the video clip and see it as an analogy or metaphor for what many of us experience in life whether it be the couple issuing the warning or Martin and Candy receiving it. From the perspective of the couple issuing the warning, it is difficult to see oncoming danger, issue the warning, and then see that the person or people receiving the warning are blatantly disregarding it. Martin and Candy continued to tell themselves that the couple who were trying to save them did not know what they were talking about, in fact, they accused them of being drunk. Why does it take us to be nearly killed (literally and/or figuratively) before we realize that we are going the wrong way? There are oncoming tractor trailers! School systems, governments, societies,politicians, etc. etc. continuously put programs and policies in place that are going the wrong way and when there is an outcry from the people, the response is the same as Martin's and Candy's. Men and boys proudly wearing their pants midway down their thighs showing their underwear barely able to walk; all of these guns on the street;the refusal to make education a priority; all of these senseless murders; the anything goes mentality and on and on and on..........We're going the wrong way! The oncoming tractor trailers (consequences of our going the wrong way) are moving swiftly and if we don't turn things around soon, we will all be crushed. What affects one directly, affects us all indirectly. The unnamed couple in the movie clip knew this and were doing their metaphorical part in looking to head off a disaster. For those of us who are in the position of Martin and Candy, we must understand when we are going the wrong way and make the necessary corrections. Something to critically think about.
Posted by Marc A. Medley at 12:20 PM No comments: