"Which we always thought was the safest place in America"

"It's alarming, especially in Newtown, Connecticut, which we always thought was the safest place in America."  Every time one of these incidences occur,  reporters always find someone who says, "We didn't think that could happen here."  My question when I hear that is , where is it supposed to happen? Why could it not happen "there."  This whole notion of anywhere being the safest place in America is absurd.  We must come out of denial and face the brutal truth that anything can happen anywhere at anytime.  Read between the lines or decode what the statement really says. It says it could happen somewhere else, but not here.  Why? Because it is quiet and has tree lined streets?  I truly wish the reporters would remove that line from the scripts. This also holds true for the phrase "Quiet tree lined streets" said in a hushed tone.  Does the fact that the community is quiet and have tree lined streets make them exempt from tragedy?  Take a listen to today's podcast at thecriticalthinker.podbean.com.  It is The Reading Circle with Marc Medley in its entirety for December 15, 2012. The show is heard live on Saturday mornings at 6 a.m. ET on WP88.7 FM and is web streamed around the world on www.gobrave.org.  My prayers are with the people of Newtown, Connecticut and everywhere else these tragedies keep occurring. Something has got to give because enough is enough.  As always I welcome your commentary in the comment section of the blog and in the feedback tab to the right of your screen. Follow the Critical Thinker in Twitter @thinkcritical01 and follow The Critical Thinker podcast at www.thecriticalthinker.podbean.com.
Posted by Marc A. Medley at 11:02 AM No comments:

Subliminal Racism or What's Wrong With These Pictures? - Part 2

This post is part two of “What's Wrong With These Pictures? Does anything strike you?”  I intentionally wrote "What's Wrong With These Pictures?" to be a two-part post because I wanted to see how many people would take me up on my challenge and really critically think about what was occurring in the advertisements before I rendered my views. Not surprisingly, no one really took me up on my challenge, or if they did, they did not respond in the comment or feedback section of  The Critical Thinker. So in this post I will provide further hints and clues as to what I think is wrong with these pictures while still not giving you my complete hypothesis because I do not want to be accused of telling you what to think.

In many instances when I share my thoughts I am told that I think too deeply or look too deeply into things and that what I am thinking really is not the case. For example in 2002, Halle Berry and Denzel Washington both received history breaking Oscar Awards. Halle Berry became the first African-American female to win the best actress Oscar and Denzel Washington followed Sidney Poitier as only the second African American male to win the best actor award. While I was happy for both, Mr. Washington and Ms. Berry, I was also saddened because of the roles in which they had won the Oscar. Both Denzel and Halle had played much stronger and more positive roles prior to winning his/her Oscar yet did not win; however, when Halle stripped fully nude in Monster’s Ball and Denzel played a rogue cop in Training Day, they were both awarded an Oscar for his/her respective roles. I found it interesting because in each of their roles of which they won the Oscar, the roles were stereotypical African-American roles; portrayal of an African American either being loose and promiscuous or being crooked and corrupt. People told me at that time that I was thinking too deep; maybe…….maybe not?

A few days ago The Daily Caller, a news and opinion website based in Washington DC that focuses on politics, original reporting and breaking news reported that United States Ambassador to the United Nations Susan Rice who is currently being nominated for Secretary of State had argued for the aggressive inclusion of a black history curriculum in American schools in a paper written in 1986. According to The Daily Caller, Ambassador Rice stated at that time that “American history cannot be understood fully or evaluated critically without ample study of black history.” My thoughts on whether or not Ambassador Rice should become Secretary of State or not is neither here nor there (that's a separate blog post altogether) and in my mind she is no better or no worse than anyone else who has held the position; however, I do agree with her in terms of the inclusion of not just black history but of everyone's history in our school system to teach our children about everyone and not just one group. This lack of historical knowledge and wherewithal is what in my view allows us not to truly see the message that is being sent when a Halle Barry and Denzel Washington wins Hollywood’s highest achievement for portraying stereotypical roles. It’s this same lack of historical knowledge that blinds and deafens us as to what is really going on in some of our current advertising, hence the four commercials I shared with you in “What's Wrong With These Pictures?”

I will once again invite you to go back and review the four advertising videos in "What's Wrong With These Pictures?" and look and listen carefully. As a hint, in the NFL Play60 ad with the little boy and Cam Newton, listen and give some thought to what the little boy is telling Mr. Newton. In the video with Eli Manning and the lawnmower, listen and think about what the wife says to her husband at the end of the commercial as Mr. Manning leaves. In the video with Ray Lewis and Tom Brady, take a look at what the mother and Mr. Brady refers to Mr. Lewis as and lastly when you look at the video with the senior citizen and the cat in the tree, listen to what she does not say when Mr. Manning leaves compared with what the wife says in the other version in the Toyota campaign(that’s all the hints and clues I'm going to give you in terms of what I see wrong with these pictures). 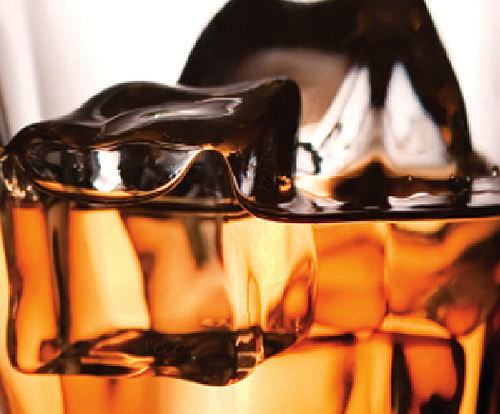 In 1974, PhD and author Wilson Bryan Key wrote a popular book at the time titled Subliminal Seduction. It was a book that had as its subtitle “Here Are the Secret Ways Ad Men Arouse Your Desires - To Sell Their Products.” For the most part, Dr. Key was dealing with subliminal sexual messages, as his theory was as we are aroused sexually by the subliminal sexual messages embedded in the ads, we will subconsciously make a connection with the products and ultimately purchase them. On page one of Chapter One titled “The Mass Media's Illusion of Reality,” he says

“This story is about subliminal perception and about the ways we think we think. In the concept of subliminal phenomena are included all those techniques now known to the mass media by which tens of millions of humans are daily massaged and manipulated without their conscious awareness. Key goes on the further state that “Every person reading this book has been victimized and manipulated by the use of subliminal stimuli directed into his unconscious mind by the mass merchandisers of media. The techniques are in widespread use by media, advertising and public relations agencies, industrial and commercial corporations and by the Federal government itself.”


One reason knowing history is so important is because anyone who is familiar with history would be able to see in these ads the historically racially charged scenarios and dialogue that has been intentionally created subliminally in these ads. Again, I am not looking for you to think as I think; I am asking you to check each ad out for yourself. Each of the scenarios and dialogue in the four videos contain historically racially charged subliminal messages. Talk show hosts are constantly talking about the use of the “Race Card” and yet the race card is around us every day. Perhaps if Wilson Bryan Key were alive today he could write a book called Subliminal Racism; something to critically think about. As always I welcome your comments in the commentary section of the blog as well as your feedback by clicking on the red feedback box on the right side of your screen. I also invite you to follow The Critical Thinker on Twitter @thinkcritical01.
Posted by Marc A. Medley at 2:13 PM 2 comments: