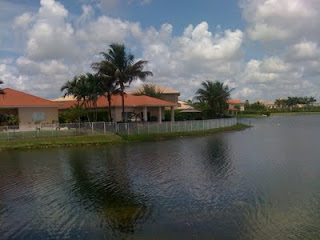 As I write this blog post, I am sitting in Miami, Florida at a friend’s home totally enjoying my vacation. I’ve spent a week in the quiet of the remote town of Louisville, Georgia visiting my mother before making my way to Miami to visit friends and family. In both places I have had the absolute pleasure of reading multiple books uninterruptedly in the peace and quiet of each environment. In Louisville, there was absolutely no noise whatsoever and in Miami in the home that I am staying, the view and environment is breathtaking. As I was reading one of the ten books that I brought along with me in my bag of books, I came across something that I thought was worth sharing with The Critical Thinker readership.


It is sound advice found in Chapter 7 of OUTRAGE by authors Dick Morris and Eileen McGann. The chapter is entitled The New Drug Dealers: How Pharmaceutical Companies Are Dangerous to Our Health. A few years ago I read the book OUR DAILY MEDS by Melody Peterson and was fascinated by how the pharmaceutical industry works. Mr. Morris and Ms. McGann’s accounts in Chapter 7 of OUTRAGE support Ms. Peterson’s work and Ms. Peterson’s work in OUR DAILY MEDS supports the findings in OUTRAGE. I would highly recommend reading both books. The part I thought worth sharing is in a section at the end of the chapter called the “Action Agenda.” The action agenda reads as follows:

When you go for medical treatment for yourself or for any member of your family, you can take some simple steps to protect yourself.

I could not agree more with Mr. Morris and Ms. McGann and encourage and strongly recommend that we all ask these questions when our doctors are prescribing medications that we may not need or that can be ultimately harmful to us not to mention the costs. Do not allow your doctor to bully you or make you feel as if you are a fool for asking questions. I had a general practitioner at one time who did just that when I explained my symptoms or asked questions about the medication he had prescribed for me; he would make me feel as if I were stupid for asking questions. What exacerbated the situation even more was the fact that I had such wonderful relationships with my optometrist and dentist. I could talk to them about anything that was going on with my eyes or teeth and they would fully answer my questions and concerns without making me feel like a fool. Ironically, I explained the issues I was having with my general practitioner to my optometrist and asked him for a recommendation for a general practitioner; he recommended an excellent doctor and I changed. I now have a great team of physicians who keep me on top of my physical game. No one knows your body or what you are feeling better than you, so do not allow your doctor to push you around and prescribe medication that is not working for you or that is having adverse side effects.

As always, something to critically think about and I welcome your commentary in the comment section of the blog as I bask in the Florida and Georgia sunshine. Until my next post.
Posted by Marc A. Medley at 8:44 AM 2 comments:

Let me start this post by being very clear that the purpose of The Critical Thinker is to foster debate and not necessarily have everyone who reads it agree with me. As a matter of fact it is not my desire to have everyone who reads The Critical Thinker to agree with me as the design and purpose of it is to make you think. Yes, pause and think. I also need to point out that because the blog is called The Critical Thinker, it does not necessarily mean that I am criticizing. There is a difference between critically thinking and criticizing. When I write these posts, I do so based on observations I make as I go through my daily walk in life and how I look at things and ask myself the question “Is anyone looking at this from a different perspective ?“ or are we just mindlessly wandering and walking by and not giving any thought to anything? Just walking by totally oblivious……. I preface this post with this because I know there are going to be those who read this and think that I'm being judgmental or that I'm criticizing and I'm not doing either. I am just pointing out things as an observation based on my experiences.


As most of you know, I am an educator who work with children every day and in my opinion the next fifteen words may well have contributed to the ruination of one or more generations particularly in the African-American community. These words are "I am not going to do to my children what my parents did to me.” Many African-Americans who migrated to the North in the 40s, 50s and 60s were reared/raised in states such as North Carolina, South Carolina, Alabama, Mississippi, Virginia, Georgia etc. and were raised by parents who did not have a problem with disciplining their children. They understood the difference between discipline and abuse. They also understood the value of hard work and the rewards achieved upon completing that work.

We all in the African American community can recount the stories of having to go out and get your own switch to beat your own behind with. We all can recount the stories of folks who had to work before they went to school, go to school and work some more when they returned home from school. We all can recount the stories of these same folks having to have walked 8-10 miles to school and those same 8-10 miles back home. The question becomes were these people really any worse off for having to have had these experiences? It seems they learned the value of an education and why they needed to have one. It seems they understood the connection between their chores and their being able to function productively as an adult and yet many of them moved to the North and actively chose to abandon the work ethic, education ethic, and yes even moral ethics they were raised with all in the name of “I am not going to do to my children what my parents did to me.” You are indeed not doing to your children what your parents did to you and we are paying a price for it.

I see children every day who are allowed to do anything they would like to do in the name of “I am not going to do to my children what my parents did to me.” I am referring to children of all ages beginning with a kindergartners who have been spoiled by this vow who feel they ought to have their own way and they get it whether what they want is good for them or not. This pattern continues throughout the toddler, (many think it’s “cute”) adolescent, teen and then adult years causing them to believe that they are entitled to getting their way regardless of rules, regulations or structure.

From where I sit, it is this vow of “I am not going to do what my parents did to me” that is causing us to have children who do not know how to do anything for themselves or take responsibility for anything. Many of them don't know how to wash dishes, iron, vacuum the floor, dust the furniture, take out the garbage, make up a bed or clean up a bedroom, sweep the kitchen floor, clean the bathroom, or any other household chore they will need when they become an adult and live on their own. The sad part is they don't even want to learn how to do these things and feel as if someone is always going to do these things for them.

Their parents are responsible for them feeling as if they have a maid service with the parents being the maid.

When I write Critical Thinker blog posts, I don't write to be liked; I don’t write to be agreed with; I write for us to pause and think. I fully recognize that there were some people who truly were abused in the south, however, that was not the majority. Many felt because the work was hard that it was abusive but in reality it was not. It was the work that needed to get done to survive in that era. There were many lessons learned from having to work. There were many lessons learned from having parents who would not allow certain things to happen in their houses. There were many lessons learned like that thing called "consequences" when you had to make that trip out to that tree and bring back a switch to remind you not to do whatever it was that you did again (That was a long walk back no matter how close the tree was).

When you truly think about it, those lessons are missing and we are indeed paying a heavy price for it now. If you haven’t ever thought about it, it is something to critically think about and as always I welcome your commentary in the comment section at the bottom of the blog (and no you don’t have to agree with my view).
Posted by Marc A. Medley at 11:36 AM 4 comments: