I HAVE HAD IT WITH THE NAMES OF ROSA PARKS AND MARTIN LUTHER KING, JR. BEING INVOKED IN THE STAY AT HOME ORDER PROTESTS 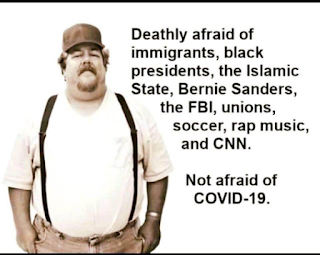 The civil rights movement was a struggle for social justice that took place mainly during the 1950s and 1960s for blacks to gain equal rights under the law in the United States. The Civil War had officially abolished slavery, but it didn’t end discrimination against blacks—they continued to endure the devastating effects of racism, especially in the South. By the mid-20th century, African Americans had had more than enough of prejudice and violence against them. They, along with many whites, mobilized and began an unprecedented fight for equality that spanned two decades.  Source: History.com  https://www.history.com/topics/black-history/civil-rights-movement

I have had it with folks comparing the Civil Rights Movement and its major participants, particularly Rosa Parks and Rev. Dr. Martin Luther King, Jr. with the Stay-At-Home Order protests. They are not the same thing nor anywhere close. One had to do with people fighting against being blatantly and arrogantly brutalized mentally, emotionally, and physically while the other is a protest to break restrictions that are designed to keep the masses healthy and safe. It feels like we are metaphorically trying to outrun a tsunami. By staying home we hope we are outrunning the virus. The question is, can we do it? Yes, this too shall pass; however, we are trying to ensure that WE don't pass before it passes. 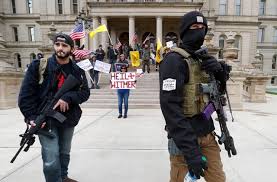 This was the title of an article in TIME magazine. White House Advisor Reportedly Compares Protesters Fighting States' Stay-at-Home Orders to Rosa Parks. This was another article appearing in THE DAILY BEAST, Houston Official Compares Anti-Social Distancing Protesters to Rosa Parks. This tells me once again that White privilege, racism, and ignorance are in play. In fact, it supports my theory that Rosa Parks and Martin Luther King, Jr. are the only two names of African Americans that many White folks know (Okay, Barack Obama by default). It also shows me that any efforts or achievements that are gained by people of color (African Americans) have not been and are still not taken seriously. Look at the efforts made by this president to totally erase the accomplishments and achievements of his predecessor who was an African American. It's the same old pattern repeated over and over again. 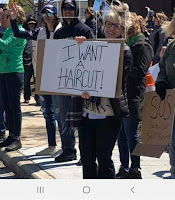 How can the desire to lay up somewhere on a beach; get a manicure; get a haircut; get a massage; work out at the gym; eat in a restaurant, and the list could go on, compare to being beaten, killed and having no rights simply because of the color of one's skin? It does not! Yet, the names of Rosa Parks and the Rev. Dr. Martin Luther King, Jr. keep being invoked as a comparison to what the foolish protestors are doing in response to the Stay-At-Home orders that are in place to keep us alive. The Civil Rights Movement was about keeping Black folks alive because White folks were killing them while the Stay-At-Home orders are about keeping White folks and Black folks from dying in a pandemic. Is it that these folks have a death wish? This virus is not a plaything. This is not some video game where when the COVID-19 all-clear sign is given that the folks who died during the pandemic will come back to life. They are gone forever. People are losing their lives to this virus and you have some worrying about not being able to get a haircut. Give me a break, please!!!!  Folks need to understand that there are beauticians who work at funeral homes who give haircuts when preparing a body for final viewing and the funeral. 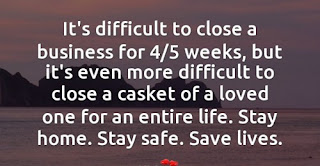 This is probably one of the more scathing and harshest posts that I have written only because it is so serious. Daily, I receive news that someone else that I know/knew has passed away from COVID-19 related complications and we have these "Yahoos" and highly insane criminals (HIC's) who are more concerned with a damned haircut or lying on the beach than keeping themselves and their fellowman safe. Staying home is not just about you. It is also about the folks who you will come in contact with when you are lying on that beach. 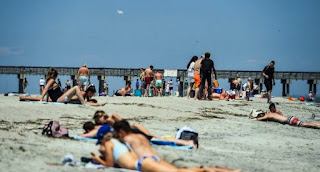 This pandemic has really exposed how foolish and undisciplined people can be. I saw a meme that said the United States is nothing more than a third world country wearing a Gucci belt. Sadly, our reaction to this pandemic pretty much confirms the meme. At this point, we really aren't doing much better than as the president would say, the "shithole countries." And then to top it all off, some have the audacity and unmitigated gall to compare their actions with the actions of Rosa Parks. I have had it with the names of Rosa Parks and the Rev. Martin Luther King, Jr. being invoked inappropriately!! These Stay-at-Home protests are not even on the same planet as the Civil Rights Movement and not one of the participants in these current protests can carry the handbag (and I'm being nice when I use the example of a handbag) of Rosa Parks. This post is not to offend; however, if the shoe fits, wear it. I end with this photo that has been appearing on social media: 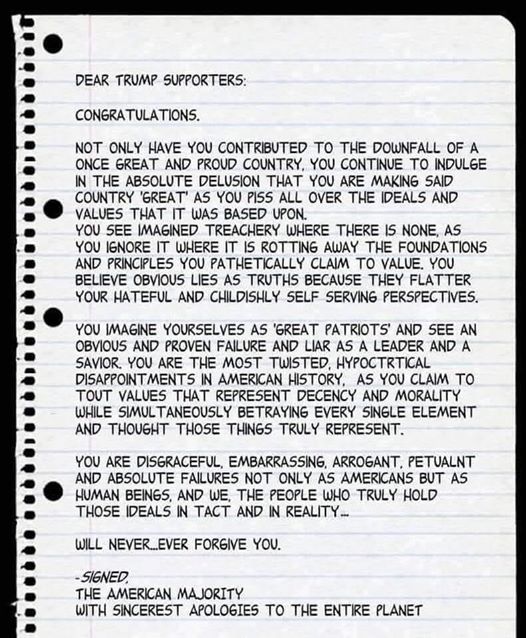 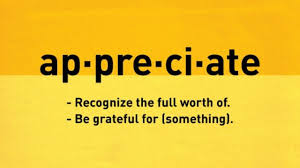 Initially, I was going to post the words that are now the title of this release on Facebook as a general post. But then it dawned on me that the thought was bigger than just a one-liner on Facebook. Now I may still post it as a one-liner; however, I believe the notion needs to be expounded upon with the hopes that it will actually happen.


The idea came to me as I was returning home from a task that prior to this COVID-19 experience I dare to say was a task that not much thought was given to by anyone even though it is something we all have to do at some point and could be considered mundane or routine..........grocery shopping. For a little over a month now, life as we know it changed quickly and drastically as a result of the coronavirus lockdown that was put in place to stop the spread of COVID-19. Lockdowns occurred around the world as more and more cases of the coronavirus and deaths occurred. Schools, churches, stores, malls, restaurants, movie theaters, amusement parks, local parks, gym chains, massage/skincare franchises, travel & tourism businesses and anything else that was not deemed "essential" were suddenly closed. Everyone with the exception of those who worked for an essential business was told to "Stay home." Talk about a pattern interrupt. Routines changed seemingly overnight. Just about any type of face-to-face interaction was and is now being conducted virtually by video or telephone. Masks and gloves are worn when you must venture out to the supermarket or bank and food can only be ordered via the drive-through or as take-out. Even funeral services are conducted virtually if at all. Yes, life changed in an instant. 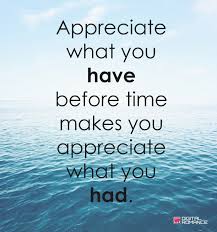 Let us not take people, activities, things, and abilities that we have been blessed with for granted. Let us be grateful now and once we are beyond this COVID-19 experience take our levels of appreciation and gratitude to unseen heights. Let us experience each experience as if it were our first time.

Without a doubt, we are a part of history as I cannot recall in my lifetime ever experiencing anything like this. There have been many other crises, yet none required the world to simultaneously shut down. When we are done we are to be more thankful than ever. It is my prayer that this COVID-19 experience will make us more appreciative of everything.

I invite you to reach out to me at marcamedley.com