Probably The Biggest “Little” Step You Will Take in Your Academic Journey. 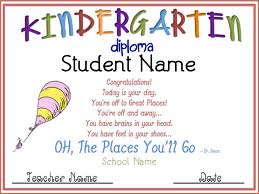 The following is my written address in the programs for my upcoming "Moving Up" ceremony for my kindergartners. I intentionally worded the message in a way that lets the parents and the children know that while the little graduation like ceremony is nice and cute, it is a far cry from the end. I have to say that because too many of our parents come to the moving up ceremony with balloons and other trinkets and in an extreme celebratory mode when in actuality it really is only kindergarten. What I am really trying to get at is the work has just begun and I need the same amount of energy that was expended to purchase balloons and new clothing and to yell and scream "OOH My Ba-Baaaayyyy" when it comes time for homework and study in the upcoming years. The same amount of energy for attending PTA/PTO meetings, report card nights, school board meetings, making sure the child is reading and everything else that goes into making a successful student. So indeed congratulations to my kindergartners who are moving to first grade, however, everyone must know that the work has just begun.

Moving from kindergarten to first grade will probably be the biggest “little” step you will take in your academic journey. I say this because in the grand scheme of your educational career, it is a tiny step; however, unless you were a preschooler, it is your first step in the right direction.  We pause to celebrate this first step with you because we want to make sure that you know that you must take this same type of step at least three more times with pauses at eighth grade, high school, and then college. We also hope that you will pursue additional degrees participating in this process yet another time.  Some may be saying that it is too early to talk about a kindergartner obtaining his or her doctorate degree, and I say to you that I disagree. It is never too early to chart the course. To our kindergarten parents, congratulations, but you have a long way to go in making sure that this is repeated at a minimum of three more times. To our kindergartners, congratulations as you enter the first grade. Don’t ever lose your love for going to school. As your principal, I wish you nothing but the best and I look forward to seeing you in September in grade one.


Something to critically think about. I welcome your commentary and you are invited to follow The Critical Thinker on Twitter @thinkcritical01.
Posted by Marc A. Medley at 4:17 PM No comments:

Show Them All The Beauty They Possess Inside


"Show them all the beauty they possess inside" is a line from the song "The Greatest Love of All" written by Michael Masser and Linda Creed originally recorded by George Benson and later popularized by the late Whitney Houston. I vividly remember accompanying on the piano many high school and Hal Jackson's Talented Teen talent show contestants who chose this song as his/her competition piece in the late 70's and early 80's and by now I am sure most if not all have heard one rendition or another of the inspirational ballad.

If you are an educator reading this post, I believe you will particularly relate to it and even if you are not an educator it ought to resonate with you as well.  The impetus for this post is the worst nightmare for those of us who are in education. We as educators work with thousands of children over the course of a career and it is always our hope that these children will one day become productive members of society. It is our hope that we can learn of, read about, or have a child who has made a success of him/herself come back and visit us letting us know how they have fared in life. To that point, as a school principal myself,  to this day I still keep in touch with my second grade teacher, Mrs. Elma Royster and many others such as Fran Kubian, Marilyn DiMartino, and Peter Nelson who impacted my life as a student and as a person. Mrs. Royster was present at my fiftieth birthday party last August proudly letting everyone know that she had taught me as a second grader.

Then there is the other end of the spectrum which is what this post is about and that is when we as educators learn of the premature deaths of students we have taught or have had in our midst for a period of time. During the last three weeks I learned of the deaths of two students who were in my care at one point in time or another in their academic careers. One I learned of from a text message from my current vice principal and the other I learned of when scrolling through the obituary section of the local funeral home to learn about the arrangements of the first one. My heart was saddened because I knew both children so well. Both would light up when they saw me around town yelling "Hey, Mr. Medley," as they both had moved along to other schools or had graduated high school altogether. I was saddened even more when I learned that one death was by suicide and the other's cause of death is still pending.

That's when the song "The Greatest Love of All" came to me and that line about "showing them the beauty they possess inside" leaped out at me. Suicide and a pending cause of death at such young ages................  We are losing too many of our young people; too many of our children. Are we as adults showing these children all the beauty they possess inside? Are we giving them that sense of pride to make it easier?  Children do not ask to come here and in far too many cases we as adults become and are their biggest problem. Too many children have to become adults before their time because of what they are born into. Too many children have to struggle with adult issues as children because of the irresponsibility of the adults who created them and abdicated their parental responsibilities in the delivery room. Too many of our children are angry and don't know what to do with that anger, so they take it out on themselves and others even to the point of suicide or homicide.

So after reading this post, go out and find a young person and make it your business to help him/her understand the beauty that he/she possesses inside. Do not rest or quit until you have helped him/her to gain that sense of pride to make it easier in order for you to hear his/her laughter and allow it to remind you of how it used to be. If we do that, maybe, just maybe that child will make it to have a fiftieth birthday party to invite us to. Something to critically think about. As always I welcome your commentary in the comment section of the blog and you are invited to follow The Critical Thinker on Twitter @thinkcritical01.