Is It That Hard To Say “Thank You?”

There is a story in the Bible where Jesus heals ten lepers of a disease they had experienced for a very long time. In fact, if you suffered from the disease of leprosy, you were ostracized and exiled from the rest of the population. It was not good to be known to have leprosy in biblical times as you were truly considered an outcast who was not to be associated with in any form or fashion by anyone. Jesus now comes along and completely heals these ten of the disease (emphasis on the fact that it is the disease that made them outcasts). Now one would think that the first thing that was to come out of their mouths would have been the words “Thank You,” however, it was not to be so. In fact, the ten left the scene with only one of the ten having the presence of mind to come back and tell Jesus thank you. Jesus asked the one who did come back a rhetorical question. He asked him “Weren’t there ten of you whom I healed?” Critically think about that……one out of ten said thank you after being healed of a disease that for all intents and purposes made them the living dead.

I fast forward to 2012 where I heard a story the other day of a young lady who desperately desired to march in her college graduation exercises and needed $3,192 to be paid to the university before it would allow her to participate in the graduation ceremonies. Because the relationship between she and her father was not that good, the young lady had someone plead to her father on her behalf  for the final payment. In spite of the relationship not being a good one, the father paid the bill in full anyway because he loved her. The father sent the daughter multiple text messages and email messages letting her know that the bill had been paid and that she would indeed be able to “walk/march” in her graduation ceremony.  Sadly, just as in the parable of the ten lepers, the father heard no response from the daughter after having paid her debt in full........... No response; Not one “Thank You.”

Both of these stories beg the question “Is it that hard to say thank you?” I have posted to this very blog on this topic of being grateful and giving thanks before and will continue to do so because giving thanks and being grateful is that important. Research shows gratitude heightens quality of life. Two psychologists, Michael McCollough of Southern Methodist University in Dallas, Texas, and Robert Emmons of the University of California at Davis, wrote an article about an experiment they conducted on gratitude and its impact on well-being.  The results of the study indicated that daily gratitude exercises resulted in higher reported levels of alertness, enthusiasm, determination, optimism, and energy. In addition, those in the gratitude group experienced less depression and stress, were more likely to help others, exercised more regularly, and made greater progress toward achieving personal goals.

Dr. Emmons who has been studying gratitude for almost ten years and is considered by many to be the world’s leading authority on gratitude and is author of the book, “Thanks!: How the New Science of Gratitude Can Make You Happier” says that research shows that those who practice gratitude tend to be more creative, bounce back more quickly from adversity, have a stronger immune system, and have stronger social relationships than those who don’t practice gratitude. He further points out that “To say we feel grateful is not to say that everything in our lives is necessarily great. It just means we are aware of our blessings.” Meister Eckhart says it best when he says “If the only prayer you say in your life is ‘thank you,’ that would suffice.”

In closing, some years ago gospel great Shirley Caesar wrote a song titled “No Charge" to address this issue of ungratefulness in this case the ungratefulness of a child.  The lyrics to the song are as follows:

My sister's little boy came in the kitchen one evening  while she was fixing supper  and he handed her a piece paper he had been writing on  and after wiping her hands on an apron  She took it in her hands and read it  and this is what it said:  For mowing the yard $5  And for making up my own bed this week $1  For going to the store $.50  And playing with little brother while you went shopping $.25  Taking out the trash $1  And for getting a good report card $5  And for raking the yard $2  Total owed $14.75

Well she looked at him standing there and expecting  And a thousand memories flashed through her mind  So she picked up pen and turned the paper over and this is what she wrote:  For the 9 months I carried you holding you inside me - NO CHARGE  For the nights I sat up with doctored you and prayed for you - NO CHARGE  For the time and tears and the costs through the years  There is NO CHARGE

Be sure to thank God and anyone who has helped you along your journey because the truth of the matter is, they did not have to do it, but they did.  When someone has done something for you regardless of how large or how small the very least you can do is say “Thank You.”  As always, I look forward to your commentary in the comment section of The Critical Thinker.
Posted by Marc A. Medley at 11:20 AM No comments:

Not Even Fortune and Fame 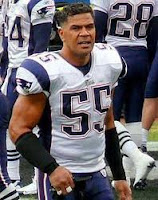 The recent suicides of former NFL Football star  Junior Seau and Soul Train creator Don Cornelius is further evidence and that not even fame and fortune can exempt one from the perils of life. Those of us who are quote-unquote fans look at these people and think to ourselves how great it must be to be rich and famous and yet we see they really are no different than the poor and unknown. In reality the only difference between the rich and famous and the poor and unknown is the jobs the rich and famous do (athletes, entertainers, etc.) are seen by millions and they make millions of dollars for what they do. The poor and the unknown make enough money to survive (and most likely perform jobs that are much more critical than playing some type of ball or acting in a movie) and a limited number of people see what they do; they don't play on the worldwide stage.

As much as I like Jennifer Aniston, come on now, how many years can the story of her and Brad Pitt be milked? What is the fascination with these Kardashian girls? These folks are people just like anyone else. It is rare that I can open my web browser (which shall remain nameless) that the lead story is not about the deep plunge line on some female celebrity's gown.  Who cares??? Why do we care??  Yet someone must care because the same type of story keeps coming back as a lead story, so someone is reading it.

My prayers go out to the Seau and Cornelius families as both Mr. Seau's and Mr. Cornelius' suicides spotlights for us that life truly is about more than fortune and fame. Both of these suicides gives us something to critically think about. As always, I welcome your commentary in the comment section of the blog.