Can Someone Please Explain TMZ To Me

Can someone please explain TMZ to me. Celebrity gossip??? Once again this critical thinker is confused in terms of why do we care? Why are major news networks such as Fox entertaining this crap as a part of their newscasts? The director/producer, spokesperson or whatever he calls himself of TMZ is in my opinion nauseating. Maybe someone who is a reader of this blog can help me out. I did say "In my opinion." As always I welcome yours.
Posted by Marc A. Medley at 3:08 PM No comments:

Why The Little Drummer Boy Is My Favorite Christmas Song/Cartoon 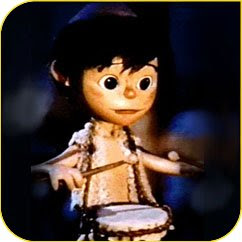 So to honor Him, pa rum pum pum pum,
When we come.

Shall I play for you, pa rum pum pum pum,
On my drum?

Then He smiled at me, pa rum pum pum pum
Me and my drum.

As a child I would watch the little drummer boy and before the end of the cartoon I would be in tears. To this day when I hear the song I struggle not to well up. This happens to me because of the deeper message within the little parable. If you look into the story, you see that everyone has something to give to the baby Jesus except the little drummer boy. As the story progresses he actually becomes distraught because he in his mind, did not have anything to give. He did not realize that the very thing he had to give was the most important gift of all; his talent which was an extension of himself.

I hate to see everyone in the crowd having something except one. It's the one who is going without or does not have that gets to me. In this story the little drummer boy did not have anything material to give while everyone else did. What he had to give was from the spiritual realm which is often seen as less important than the material possessions. Interestingly enough, as you follow the story you see that Jesus smiles at the little drummer boy when he is finished playing his fine drum solo. This suggests that his gift was just as appreciated if not more as the gold or myrrh given by the wise men. 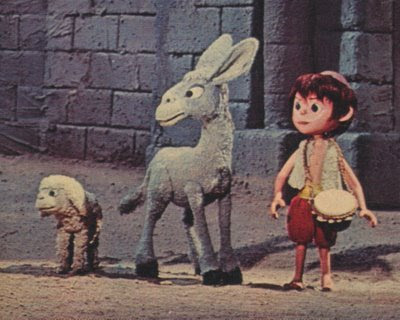 Moving Beyond the Sound Bite

Interestingly enough, some readers question the tagline of my blog "For Those Who Choose to Move Beyond The Sound Bite." I'm often asked, what do I mean by that?

Moving beyond the sound bite is one's ability to gather information; triangulate it; and make an informed decision compared with what far too many of us do which is to take tiny snippets of information fed to us by the 4:00, 5:00, 6:00, 7:00, 10:00, and 11:00 news. Moving beyond the sound bite is giving some real thought to what is being said or reported and asking questions such as, does that make sense? Could it really have happened that way? Is there another way that it could have happened? Is this even true? Sound bites don't really allow one to do that. It seems we are so eager to readily accept anything the media feeds to us without question. We busily go along our way accepting what is reported as the gospel without any further investigation.

This is one of the major issues conspiracy theorists have with the general mass of the population. To this day the Zapruder film of the Kennedy Assassination is dismissed because we are so ready to believe that a crazed lone gunman was able to assassinate a U.S. President with all of the secret service security agents around. That's what was told to us; that's what we believed and in many instances still believe. The same thing applies for the assassination of Rev. Dr. Martin Luther King, Jr. A crazed lone gunman killed him as well. No questions. That's what Walter Cronkite said, so it must be true. This is not to say that it is not true, the point is we are not willing to conduct any further research to verify if it is true or not. Is it possible there was more than one shot fired on both those fateful days in November of 1963 and April of 1968? Could they both have been conspiracies? Maybe. Maybe not. The question is are we willing to move beyond the sound bites that are fed to us? These are just two prime examples of Americans believing what the government and the media would have us believe without question. How about 9/11? The War on Iraq? The Health Care Bill?

Moving beyond the sound bite is just a matter of us critically thinking about issues and not just so easily accepting everything we are told. It requires research, reading, thinking and then formulating an opinion for ourselves. It is for this reason, I selected "For those who choose to move beyond the sound bite" as my tagline.
Posted by Marc A. Medley at 2:47 PM No comments:

This critical thinker cannot even begin to address all of the racial and sexual psychological issues that went on with Tiger Woods. So I'll leave it at once again the "kitty" ruled. (see September 12, 2009 Post 8 Reasons CBS's "THE GOOD WIFE" will be Successful http://thereadingcircleblog.blogspot.com/2009/09/8-reasons-cbss-good-wife-will-be.html)

Let's all pray for Tiger and his family.
Posted by Marc A. Medley at 7:56 PM 1 comment:

NFL PLAY 60 is the NFL Movement for an Active and Healthy Generation, encouraging kids to play for 60 minutes every day in order to tackle childhood obesity. Through in-school, afterschool and team-based programs and partnerships with like-minded organizations, the NFL wants fans to Join the NFL PLAY 60 Movement. PLAY 60 appears throughout NFLRUSH.com, the NFL’s official website for kids, so kids can do what they love – play games and follow their favorite NFL teams – while being reminded to get active everyday!

This critical thinker thinks this is an excellent program; however, it begs the question, isn’t it a shame that we have to have a program to get children to PLAY? Think about that. When I was a child, we didn’t need a program that its sole objective was to get us up off of the couch. One would think that there would be a natural connection between children and play. This submission is not to criticize or belittle the NFL PLAY 60 program, because as I said I commend them for seeing a need and making an attempt to fill it. The question is why is this a need that needs to be filled? Where have we arrived to when children no longer run around playing baseball; football; jumping Double Dutch; playing Freeze Tag; Mother May I?; Hide and Seek; Hot Peas and Butter; Hopscotch; Tag; and the list goes on and on.

It’s interesting that when my children were little I kept hearing parents talking about “play dates,” and I always wondered what the heck is a play date because again, when I was a child, “play dates” did not exist. You went outside; met up with your friends, and you played; very simple. We played baseball and football in a vacant lot across the street from my house for hours on end and we didn’t need a program such as NFL PLAY 60 or any other program for that matter in order for us to do this. We even named the vacant lot that was filled with rocks and glass, "Rocky Stadium.” We held Thanksgiving and Christmas football games and hollered out “Rusty Staub” as we hit a ball over the trees. We did this because we were kids and we loved to play. We ran up and down the street playing Tag and Hide-and-go-Seek until the street lights came on and everyone had to go into the house. We rode our bicycles to surrounding communities such as Clifton, Passaic, and Hackensack. We did what kids normally do………….play.

I remember going to a day camp during the summer and returning home at 5:00 p.m. to all of my friends who did not go to camp on the street playing baseball and wanting to immediately join them and my mother telling me to come in the house and rest before going back out to play. REST!!!! At 12? What was rest? I didn’t know the meaning of the word rest or tired at 12 and in 2009 we have to have an organized and sponsored program to get kids to get up off of their duffs to go out and play. Something is wrong. The reason our obesity rate is so high amongst children is because we are raising a bunch of lazy kids. We as parents, not just the NFL have to make our children get up and move away from the television, computer, and Playstation to engage in physical activity. Ride those bicycles; try out for that team; run and play in the park. When you think about it, it’s amazing, isn’t it? Children who have to be encouraged to play……… This is the Critical Thinker signing off once more hopefully leaving you with something that will make you go hmmmmmmm.
Posted by Marc A. Medley at 3:18 PM No comments: