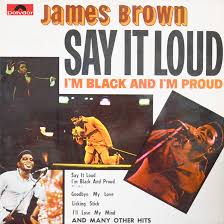 Negro is a fundamentally simple term. In Spanish, it’s negro, in French, negre. The pronunciations differ but they all mean Black. Colored is equally simple. Even African American is a fairly simple concept to grasp. It wasn’t until recently, however, that I realized the complexities of the term Black.

James Brown declared, “Say it loud, I’m Black and I’m proud.”. It was a clarion call, a boldly liberating call to action, it was 1969. It never occurred to me that it begged the question, who was James Brown speaking to? It didn’t occur to me, but I should have asked, aside from people in fros and dashikis, who responded to that call? It certainly never occurred to me to observe, as indeed I should have, who did not respond-- who remained conspicuously silent.

Being a Brooklyn kid, growing up in the proverbial melting pot of New York, I assumed brown-skinned people, as an unspoken rule, identified with Black. That included my brothers and sisters from the West Indies, the Caribbean, Jamaica, Barbados, Trinidad, Panama, Puerto Rico, the D.R., Haiti, Cuba, Brazil Columbia, St. Croix, St. Thomas, Guyana, throughout Central and South America, and of course, Africa. These were my neighbors and my schoolmates. If you were brown-skinned and riding the train or walking down Flatbush Avenue and I didn’t have the benefit of hearing an accent to indicate otherwise, I assumed you were Black.

A new Black family moved onto my block this week. Actually, they were here before me, but I thought they were Indian. In spite of the fact that the dad is as dark as I am, it never crossed my mind to think of him as Black. In fact, I didn’t think of them as Black until Kamala Harris declared herself so, in her DNC convention acceptance speech. Prior to her announcement, I had never known East Indians to identify themselves as or align themselves with Blacks. Even now, I can’t imagine myself congratulating my new neighbors on the first Black woman to be selected as a major party candidate for V.P. They might be offended, indignant. Indians are very proud people and to them, Kamala Harris is Indian, Southeast Asian-- not Black.

This new Black thing is beautifully orchestrated and equally complicated as it allows us, or forces us, to explore cultures outside of our normal experiential sphere. It pushes us out of our comfort zones, expands our playlists and opens our eyes to languages, music, foods, art, philosophy, religions, and history we may not have otherwise had a reason to explore. For instance, we speak of slavery as though it only existed in the Triangle Trade, when in fact, slavery, though illegal throughout the world, is still practiced in India today. Women are bought and sold into forced labor and sexual servitude in 2020 in towns like Mewat, not far from New Delhi, the capitol. Perhaps Southeast Asian women have their own reasons for celebrating Kamala Harris’ success.

Indian food and music are wonderful, but the caste system is so deeply entrenched that it is virtually impossible to elevate from one level into another-- it’s oppressive, it discriminates and it’s generational. India is a huge continent, thousands of years old, with language, culture and history so intermingled with other cultures from Africa to China that this whole Kamala Harris/Black thing should be our excuse, our license to delve deeply into the world to discover the true scope, scale and extent of the human condition and experience as it relates to color. We’re bound to color in America. We’re so distracted by Black that it can only be a conspiracy.

We’re tethered so tightly to a psychology, sociology, history, religion, education, economy, and political landscape designed to suffocate, that it’s no wonder we can’t breathe. White Supremacy is the knee on our collective necks, and it exists on both sides of the aisle. Systemic racism, which some say doesn’t exist, might better be identified as tactical, or strategic racism. We are prisoners of war, and Blackism is the shackle that binds and confines us. James Brown meant well, but his clarion call could have shaken the earth off its axis had he spoken to the world, not just America, and demanded the Black world reply. So now it’s our turn, it’s on us to call on the Black world to say it loud.

Kamala, like Barack, chose to be Black. That she attended an HBCU, joined a Black sorority, collects Converses, and likes to dance, is all well and good. However, I insist, I demand that she is honest with us about her Southeast Asian culture. Don’t play us! Bring something new to the table. You claim Black, you have to represent Black. That’s the deal! Barack misspoke when he said; “Democracy is not transactional.” Of course, it is Sir, or did you mean not for us? Kamala laughed when she said it is not her intent to make special provisions for Black people. Do! From now on, you have to pay to dance!

And, while I unapologetically take issue with the exclusion from the halls, corridors, and towers of power, deserving Black folks whose lineage date back to the American slave experience, folks like Shirley Chisholm and Barbara Jordan, whose ancestors for centuries, have drenched this soil with blood, sweat and tears, and filled this air with screams and cries of horror, for the appointment of folks with skin color just brown enough to appease us, I welcome the opportunity, the challenge, to choose culture over color for my thesis, my protest. I contend culture, not color is where liberation lies, and where justice will be found. Just as all peoples of the world, Asians, Africans, Europeans, Jews, Gentiles, White, Black, Red, Yellow, were at one time or another slaves, let us not forget that we, Black peoples of the world, were mariners, explorers, inventors, scholars, merchants, gifted artisans, astronomers, brilliant scientists, skillful linguists, warriors and great spiritual leaders. Say it loud…

That’s what’s on my mind!

Singer, songwriter, Miles Jaye, is a native New Yorker; it is there that he studied music theory and classical violin for more than ten years at the Brooklyn Conservatory of Music, Saratoga School for Orchestral Studies and Brooklyn College. An accomplished musician and producer, Jaye is best known for his chart-topping hits, "Let’s Start Love Over", "Heaven" and "Objective" featuring Grover Washington, Jr. His heart wrenching "I’ve Been A Fool For You" has become one of radio’s favorite R&B classics. While Jaye laid the groundwork for excellence with his three highly acclaimed CD’s on Island Records, MILES, STRONG and IRRESISTIBLE; he continued that standard of excellence on his own Black Tree Records with titles such as the ODYSSEY, DIVINE ASCENSION, ROMANTIC STORM and HUMANITY. Under the Miles Jaye Davis Productions label, his extensive training as a classical and jazz violinist is evident on his latest release "ATTENERGY", the voice on the violin which is an exceptional musical “coming out celebration” with sixteen beautifully crafted performances. Now a Floridian, Jaye enjoys a long-standing reputation as an R&B and Contemporary Jazz writer/producer, having partnered with some of the giants of jazz on his recordings such as George Duke, Roy Ayers, Nat Adderley, Jr., Rachelle Ferrell, Grover Washington, Jr., and Branford Marsalis. The list of notables with which Jaye has shared the concert stages of the world is too extensive to include here. Jaye is especially proud of writing and producing six tracks on the certified Gold JOY CD from his mentor, legendary R&B singer Teddy Pendergrass. A prolific composer, Jaye has penned and recorded more than 50 original compositions and has the unique distinction of recording no less than 12 different musical instruments on several of his critically acclaimed CD’s. In addition to side-man duties early in his career for the songstress, Phyllis Hyman, balladeer, Jon Lucien, and jazz guitarist Eric Gale, Jaye served two years as lead-singing Cop for the hit pop group that brought you YMCA, Macho Man and In the Navy - THE VILLAGE PEOPLE. Jaye is also a novelist, playwright, art student, and an award-winning journalist. He is an active supporter of campaigns for AIDS Awareness, Breast Cancer research, and an advocate for victims of domestic violence. He also actively supports arts education in public schools. Miles Jaye Davis, like his namesake, legendary trumpeter, Miles Davis, is one of music’s most gifted, distinctive and dynamic artists.

Too Much and Never Enough: How My Family Created the World's Most Dangerous Man by Mary L. Trump
My rating: 5 of 5 stars

I Believe Every Word In This Book

Mary Trump's book is the culmination of all of the books I have read about Donald Trump. While I am not a psychologist or psychiatrist, she confirms everything that I always thought was driving Mr. Trump's aberrant behavior. I've always said and believed that what happens in our childhoods greatly impacts our adulthoods. I can't think of a better example than this story. The truth of the matter is Donald Trump needs help and truly does not belong in the seat of the most powerful person in the free world. It truly is a sad story about a very dysfunctional family that has now impacted the world. Ms. Trump's book corroborates with so many authors who have written about their experiences with Donald Trump. Everyone can't be lying with only Donald and his sycophants telling the truth. I applaud Mary Trump for putting all of the pieces of the puzzle together for readers (and hopefully there are many) to make an informed decision when going into that voting booth or mailing in that ballot in November. Mary Trump, job well done and as an AV geek and former jet engine mechanic for the United States Air Force, I salute your father as flying is a calling unto itself and a very noble profession.

View all my reviews
Posted by Marc A. Medley at 9:13 AM No comments: 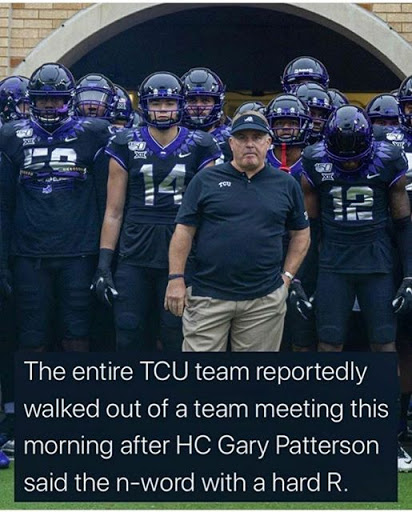 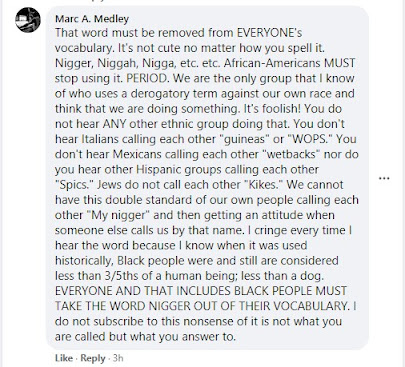