This is my shortest blog post to date.  Men/boys the sagging of the pants looks stupid!!  How's that for short?
Posted by Marc A. Medley at 7:35 PM 1 comment:


School is a place where the focus must be on education. Anything taking away from that focus is a distraction including clothing. For many students, the only reason they come to school is to show off their latest “gear.” They pride themselves (and some of the parents too) on who can out dress who. In the meantime, the students’ academics are suffering. While that young man is concentrating on his classmate's Apple Bottoms, he is missing out on Newton’s Laws of Motion. While that young lady is focusing on her Aeropostale sweat shirt she is missing out on the works of Aristotle. While our students are concentrating on BabyPhat they are missing out on what really makes babies fat.

Parents when you think about it from an economic perspective, school uniforms are less expensive than trying to keep up with the Jones’ kids. You can purchase three or four sets and continue to add to them at a far less expensive rate than purchasing BabyPht, Nike, Aeropostale, and Timberlands. Now I am not saying that your child cannot wear these brands. By all means when they are not in school, feel free to sport whatever gear you would like. In school setting however, we must make it easier for our students to keep the main thing the main thing and that is to get their education.

I look forward to seeing our students in school uniform as we enter the 2010-2011 school year. It has been my experience that the children who wear their uniforms perform better academically. My own children wore school uniforms their entire elementary and middle school years and achieved great academic success.

Parents - Education Must Be Priority One!! 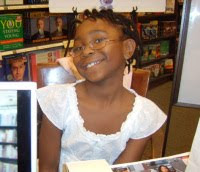 On September 7, 2010 over 30,000 Paterson students who speak 25 different languages will enter fifty-two schools in the Paterson Public School District (PPS) kicking off the 2010-2011 school year and as they do so it is incumbent upon parents to make their children’s education priority one.


We do not have the luxury or the time to have education be anything less than our top priority. It must be our focus as parents. On Aug. 18, 2010, Jim Axelrod reported in a segment of the CBS News with Katie Couric a story entitled The Freshman Foul: Poor ACT Scores; High School Students Score Lower than Ever on ACT: 28 Percent Unprepared to Pass Even One College-Level Subject. In that report it was cited that the United States is being outperformed by 23 countries in Math; 16 countries in Science; and 9 countries in Literacy. Telling statistics about where we are in the state of education in the U.S.

If we as parents do not make education our number one priority, the list of countries outperforming us academically will continue to increase by subject. Nearly 30% of students graduating high school are unprepared to pass first year college courses in Math, Reading, English and Science. Think about that.

As horrifying as these statistics and reports may sound, we have the power to turn things around. As my mother and father would always say, “It starts in the home.” These dire statistics can be turned around, but it must start in the home. This is not the blame game, but the truth of the matter is, parents are their children’s first teachers (good or bad) whether they like it or not. Parenting does not come with the Charles Barkley option of saying “I am not a role model.”

During a radio interview on my weekly radio show The Reading Circle with Marc Medley, I was extremely encouraged by the conversation I had with Cheyanne Alexandra Rosier, a nine year old student who has been skipped twice and will be starting sixth grade this school year. She is among other things a published author already. To hear the articulation of this child and her ability to express herself was refreshing and inspirational letting me know that it can indeed be done. Cheyanne’s mother and father constantly challenge her at home through dialogue and by requiring her to critically think about her actions and decisions. Cheyanne’s home life plays just as much of a role in her education as her school life and it has paid off. In my heart of hearts, I know there are more Cheyanne’s out there. It is just a matter of us parents taking the time to mold and shape our children by helping them understand the importance of education. Move away from questions that allow your children to give you one word answers. Ask them, how did you get to that conclusion? Find out their thought process. Conversate with them. We can do this!!

So as our 30,000 Paterson students who speak 25 different languages enter those fifty-two schools on September 7, 2010, I challenge the parents of those 30,000 children to make education priority number one. It has to become priority number one. I welcome your thoughts.
Posted by Marc A. Medley at 9:46 AM No comments:

While reading the July issue of THE WEEK, I came across this little factoid courtesy of USA Today that speaks to a large part of the state of our economy. The factoid stated the following: “American passenger airlines collected 1.86 billion in extra fees in the first quarter of 2010.” Notice the words “extra fees.” This little tidbit leaped out at me because at the time of reading it, I happened to be on vacation of which I had just taken an airplane to my destination (Thank God Air Jamaica did not charge a per bag fee). Now of course the thought that came to this critical thinker’s mind was a consumer has to pay for the airfare (which is already exorbitant) and then you have to pay for your bags (which are going on the SAME plane/flight), you may be charged for your movie (which is on the same flight); you may have to pay for your meal/drink (which is on the same flight); and recently I heard the proposal to actually charge passengers to use the toilet (which is on the same flight). When one critically thinks about this, one has to come to the conclusion that this is ridiculous. It’s just as ridiculous as having to pay an automated teller fee (ATM) to withdraw your own money. Wasn’t the point of the ATM to reduce costs by not having to have a live body (human teller that would have to be paid)? The consumer is being hit with extra fees for everything while at the same time extra compensation is not being added to his/her paycheck(if anything, it is being reduced). I just don’t understand where all of these companies are imagining that all of these extra fees are coming from and then they seem confused when consumers decide not to purchase anything and sales drop off causing a vicious cycle. Costs are out of line with salaries as it is and when you begin adding “extra fees”…………………. Something else to critically think about. By the way that 1.86 billion in “extra fees” was only for one quarter. Multiply 1.86 billion times four. I welcome your response. Did I mention the parachute packages and salaries of the CEO's of these companies?
Posted by Marc A. Medley at 8:03 AM No comments: