YOU HAD ONE JOB! 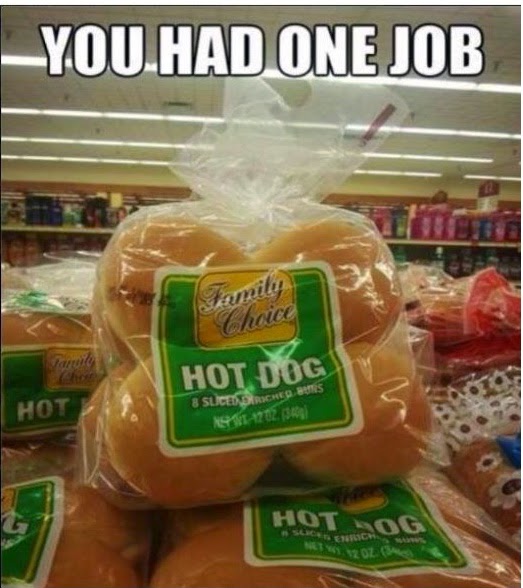 I don't have to write a dissertation for this post, but suffice it to say that if our students don't obtain a desire to read, write, think, count and speak and our teachers don't find a way to teach in a manner that pulls reading, writing, thinking, counting and speaking out of our students, we are going to have what we see in the photo much too much. Our students must discipline themselves and understand the connection between their education and their present/future.

As parents and educators we must help our students/children develop discipline in everything that we teach. In my home, even the manner in which one squeezes the toothpaste from the bottom instead of squeezing it in the middle of the tube is a matter of teaching discipline and doing a job right. I don't ever want any of my own children or the children I serve in my school to ever be told that he/she had only one job and you screwed that up (I'm sure that's the sentiment behind the commentary). I'm also sure that if we were to place a caption at the bottom of the photo, we could finish the sentence started with the top caption of "YOU HAD ONE JOB and you...........(fill in the blanks). Our children must be willing to learn and our parents and teachers must be willing to teach and not just teach, but to teach excellence. Something to critically think about.

You are invited to listen to me live each Saturday at 6 a.m. ET on WP88.7 FM and for those of you who are not in the northern NJ area on gobrave.org as the host of The Reading Circle. You are also invited to follow me on Twitter @thinkcritical01.
Posted by Marc A. Medley at 9:41 AM No comments: 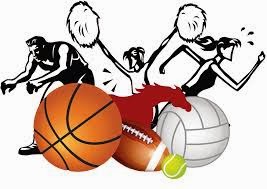 I know many of you are scratching your head and asking the question, what does this writer mean by "What We've Created?" That's a fair question; however, the intent of this blog is to encourage you to pause and think about something that is often overlooked or taken for granted. The birth of the blog was based on the overlooked or the taken for granted variables that may be contributing to or causing things to occur, hence the title "The Critical Thinker." In this particular instance with so many of our athletes finding themselves in deep trouble, I lay part of the responsibility on us, the average everyday so called "fanatic," or "fan" for short.

We've created what is manifesting in our athletes today by making them feel (current) and having made them feel (past) as if they were and are entitled to do whatever they would like to do to whomever they would like to do it to at a very early age, once we've recognized that they have athletic ability. There's no need in denying this because we do. Athletics, many times at the expense of academics are hailed even in the places where academics are supposed to be the priority; our schools and universities. Don't believe me? Take a cursory look at your high schools, colleges and in some instances elementary schools at what gets the most emphasis and attention. Is it the championship spelling bee or science fair teams or the championship basketball or football teams? Who receives the most public accolades, the gifted and talented student or the gifted and talented athlete?  I think you get the picture (at least I hope you do).

The younger the athlete begins playing his/her sport, the longer time he/she has to nurture and cultivate his/her feeling of entitlement and the longer we doting parents, coaches, athletic directors, scouts have to feed into it. Oh yes, our athletes feel that they are entitled to do whatever and however they please just because they can play ball.

I was serving as a school administrator a few years ago at an elementary school where our basketball team was undefeated; our star player actually felt that he was entitled to his female classmates giving him oral sex. He felt that this came along with his being the "star player." Now mind you, this was eighth grade. EIGHTH GRADE!!!! This young man was bold enough to share with his teacher that he was not worried because he could not get a sexually transmitted disease (STD) from oral sex. Can you imagine?!! This is a true story and an illustration of what I am writing about concerning our athletes with this sense of entitlement or privilege because they can bounce, run, hit, kick, swat, or anything else you can do with a ball or puck. This young man described above is not alone.

Our professional athletes are finding themselves in trouble because they have always had their way as they navigated their way from the pee wee leagues to the professional leagues, and we as the parents, coaches, teachers, athletic directors, scouts, etc. etc. let it happen, thus creating the monsters that we have today. Take a look at the litany of trouble we find our athletes in, ranging from shoplifting to murder. Current and former multi-million dollar players losing it all because somewhere along the way everything they did whether good or bad received a "pat on the back", "a wink," or a "smile," because they were talented athletes. Where do you think the stories about "Basket weaving 101" is derived?

Now let me be clear. I am not absolving or making excuses for the personal responsibility of these men and women; however, we must stop and think about the role we contributed to their believing what they believe. This worshiping of athletes and entertainers for that matter has got to stop by us the "fanatics (fans)." Athletes and entertainers are human beings like anyone else. The major difference is, they are seen by a whole lot of people and are paid a whole lot of money for performing their job. Who are the people watching them and paying all of this money?  US. Who is idolizing and worshiping these people? US. We must get our sense of perspective and priority in order.

You can hear me live each Saturday morning on WP88.7 FM and web streamed around the world on www.gobrave.org as I host The Reading Circle. You are also invited to follow on Twitter @thinkcritical01.

P.S. Hot off of the Press - This just in....."Rex Chapman arrested for allegedly stealing $14,000 in merchandise from Arizona Apple Store"   Rex Chapman is a former NBA Guard.