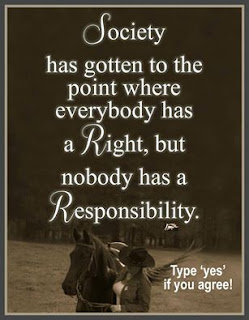 What if I were to tell you that a vote for Trump may not really be a vote for Trump? I've ruminated and marinated long and hard before penning this post as I really struggled coming up with an angle to write about concerning the bizarreness of this presidential campaign. It seems as if the longer the campaign has gone on and the closer that we've gotten to Election Day, the stranger the events surrounding our final two candidates have gotten. Truthfully, this post is not really about either candidate, but a possibility of why Donald Trump may be receiving the support that he is receiving. It is a personal theory; a personal opinion; a personal hypothesis if you will.

Truthfully, for as long as Hillary Clinton has been on the political scene and not unbeknownst to anyone on the planet, one would think that she would have been winning by a landslide from the onset of Donald Trump being named the Republican nominee. He's a political outsider, a businessman with no formal political experience whatsoever, an entertainer. Sure, in business, one must be political to get things done, so from that standpoint, I am sure Mr. Trump knows how to play politics, yet, for the most part, the numbers are still relatively close especially considering Hillary's long-term presence in the political arena, hence my theory. It dawned on me when I heard Newt Gingrich say the following:

"You know, presidents have to be disciplined, and in that sense Hillary is probably better trained to be president, just because she's the most corrupt person to ever get the nomination of a major party."

The light bulb went off for me. I knew at that point the angle to take for this post, the notion of discipline or in too many instances in 2016, lack thereof.  I was cruising through my timeline on FaceBook and came across this post that served as further confirmation of my theory. The post read:


"Society has gotten to the point where everybody has a Right, but nobody has a Responsibility."

Could it be that the numbers for Trump are where they are because those resonating with his behavior like the idea of not having to be disciplined? They love the name calling and no holds barred commentary and actions displayed by Mr. Trump. The bully tough talk and the throwing of people out at rallies are cheered. The same cheering takes place when Mr. Trump rudely interrupts his opponent or the moderator during debates. Even with this latest revelation of his conversation with Billy Bush eleven years ago, many of his supporters still cheer, after all, it's just "locker room talk." While I must agree with Mr. Trump's position on political correctness, it does not give him a license to be crude, rude, disrespectful and condescending. Though I must admit his quick-wittedness can be funny, we are not seeking an entertainer, we are looking for our next leader of our country.

We have seen over the decades the deterioration of  our society and her values.  Vulgarity on the radio; slightly less than full nudity on television; the showing of underwear by sagging pants; bodies fully covered in ink; the constant rise in gun violence; and the list goes on and on and on. All signs of a society that has become undisciplined. Too many of us have embraced the do and say anything you want to anyone you want in any old manner that you want philosophy and Donald Trump has personified it for us on the worldwide stage. It is this personification that caused me to wonder if the support for Donald Trump was really for Donald Trump or for the personification of being undisciplined? The relating and resonating with behavior that is representative of what so many wishes to be, wayward, unrestrained, ungoverned, disorderly and downright naughty.

If by chance Mr. Trump becomes our next president, no one will be able to say that he fooled us. To his credit, he did not. He ran true to form. He ran as himself, so if we were to put someone in the seat who we know is not disciplined based on his own behavior and words, then there really would be nothing that we could say when that same behavior is exhibited in the White House. Something to critically think about.

You are invited to join me live each Saturday at 6 a.m. ET around the world on gobrave.org and locally in northern NJ on FM radio WP88.7 FM as I host The Reading Circle with Marc Medley. You are also invited to follow me on Twitter @thinkcritical01 and @readingcircle01.